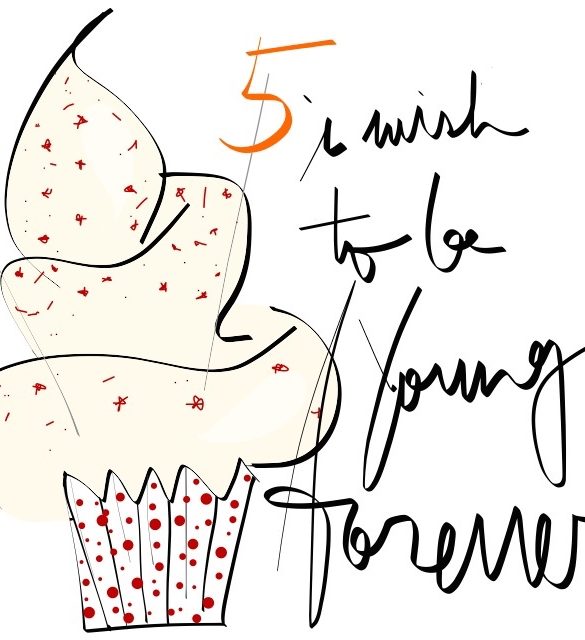 I’m 25, turned it at June 26th, I speak out of my mind right now, because if I’ll think about it, I’ll stop breathing, okay let me progress that… it’s 25, the top of my mountain, it’s also the top of my dreams achieving, it’s a quarter of a decade, oh dear god.

There’s so much to take at one year, like really, I’ve been processing this year on my mind for quite sometime and I can’t believe it’s happening now, so much changed, it’s not like 24 and I know will not be like 26 but, there’s so much to take at one hell of a number, you’ll feel like you’ve grown up instantly and when don’t want to, it’s something pushes you to grow and take the lead of some stuff you never would have to even think about.

I begun the road of my 25 six months ago, training my brain that I’m turning it and forgetting about being 24 —was so wrong, added the most depressing feeling like what THE HELL, you still in your twenties, it’s great, you still young, but that was never the thing— and all I thought about was what I suppose to be in my previous 5 years, things that suppose to be achieved right now, also I couldn’t stop thinking about how a woman in her mid twenties would look/act and think, what are the changes that I have/had till now, Are they any!? Do I have the criteria of a 25 fu@#*n woman!!? Like:

If you’re 25 then you have to know exactly what’s best for you when you get ready every day, right!?you know how to describe your style to someone in a very chic, sophisticated way, you really know how to dress and what fits you and whats doesn’t, physically and emotionally, you have a style and standards of your own, Identity that reflects you, an attitude, that goes along the way with you.

So… Am I like that? have I reached that? hmmm, well… I really don’t know, maybe, okay I’m so normal and basic girl, but! my friend described my style as “french with a subtle touch of bohemian incorporated into something unique…”  I’ll take it. It’s my 25th birthday so I’ll take it god damn it.

Since I’m on The top of the mountain, all I feel that this is just a word if it’s not applied on your mind first, neither my body nor my face have the glow of this age, because some very cool women in their mid forties have got a body and a face that could kick mine in flash, so it’s about mentainance and how I’ll take care of it from now will reflect in my forties, fifties even sixties, so did I begin to take care of it? don’t ask about that now, K!

I’m on the yoyo routine when it comes to my body/ face regime and lifestyle (so chic right!!? No.), my mind always play with me in this, like, you’re still young! have the double ice cream scopes with your molten chocolate cake, I’ve a sweet tooth but now is the time to change, at least I’ll go to my gym that I forgot I was signed in, it’s about my heath more than anything and it’s my choice now to work for what I believe in.

One word. You’ll realize how old you are when you walk down the streets and see some amazing really handsome guys crossing by but you can’t ignore the age difference and what your mind keep telling you which is also one word: Move on, oldie, they’re just Cutie pies! My friends are with me in this, we were talking about this the other day and all we can see now on the streets is a punch of cuties and what you could wish for will never happen and all the guys on your age are already taken/married/engaged/abroad/married to a jellyfish/complicated, so yep, if you’re less than 25 stick with what you’ve or search for it now, from friend to friend I mean it, it’s getting harder and I’m not your mother but I’m not joking.

Suck it all in

When it comes to problems that never in a million years would have crossed your mind could happen to you, all the grey premature hair that spreading quicker than a virus in my head or the wrinkles that I only see in my whole face now, yea yea… it’s only what you see, I know, and I only see old, in the same time I feel so immature, not wise, not able to suck all in, it’s like this very big wave that came and took you to roll on it several times and it never stops, it’s like that feeling when your thoughts controls you, not the other way around, and whatever you do cannot help, whether meditation or yoga or even good vibes at morning, it’s all sucks all the time and you feel like your a teenager or always pmsing and can’t take control of your own shit, it’s like you’re learning something everyday but your mind is restless than ever, the repetitive of the days kills you, you lost hope of achieve your dreams, or even they got way back in your mind, you can’t settle, it’s pre mature years and it’s wasted on youth, but I only see elderly as well, if I only know what is old. It’s a tomato tomato phase.

So the day before the big day

I had a mixed feeling of what I’m becoming. I was with my friends and they were wishing me a happy birthday and all I want to hear is silent. I mean are you crazy women! I’m getting older and I can’t take the thought, the process or even the number, they all older than me with a year++++ and when they saw me crying about such a number they thought I’m the one who is cute! They are right, the worst than being 25 is being 26, 27, oh god. So juvenile.

Waking up with a mind that didn’t sleep well is not a good morning to begin with, I stayed in bed for approximately 3 hours. Took a shower in two. Yes not a bubble bath. I couldn’t treat myself, as long as I’m waxed and have a groomed hair I’m good for the unknown, right! Wrong.

I wasn’t ready for anything, I didn’t want to party so I left my hair in a push shape, as far as possible from a carrie Bradshaw look if you really wanna know, friends calling and I’m dead, it was really really not good day to start with. After six, my best friend came to my home, and literally pulled me from the the hole that I pre made in my couch and consider my comfy zone (was gonna be the comfiest if I ate a red velvet cake on it that day), I was mind lost until she said “Wake up bitch, it’s your 25th birthday!! There’re some people waiting for you right now and you not suppose to let them or You down.”

Right there, I woke up on a face that’s far from a 25, nearer for thirties, you didn’t think about what to wear in your bd rather than you’ve a push on top of your head you have no idea what to do about, it’s passed 9 what the hell are you thinking to do now!!!??? Are letting your 25 birthday party pass you by!?? Ha not a chance, I’m a grown woman now and thinking fast, and there’s no faster than a salon right!? have your hair done, wear your black dress, smoky makeup, voila, you’ll be ready in a half hour for your party.

In your dreams B*.

The man that I went to was really as me and my friend described -the cheery on top of this day, he came from another plant just to piss me off with his talk, he was holding my head and my ears in so many levels that I cannot describe, he did that for 2 hours, and I couldn’t believe that I finally done my hair and got out of there in no return, I made to the the party at 11, amazingly acting surprised, my friends were still there and it was about to cry, and for some reason it just hit me, I’m officially 25.

It was really to celebrate it and it was one the best parties that I ever had, even if the day wasn’t as planned for but everything that I wished for happened this day and more, friends can make you really happy and forget about your cheesy mind, reenergize you and grab you from your mind when you surrender to it, I felt like it was a small ceremony for me, and felt so special on this day, I felt that no matter what happened in this world there’s some important things that can really shakes you to the core, in good way, I felt love and gratitude and those two are capable of make me practice/see it all in the way the I really suppose to see: A dreamy young women who’s full of hope for tomorrow.