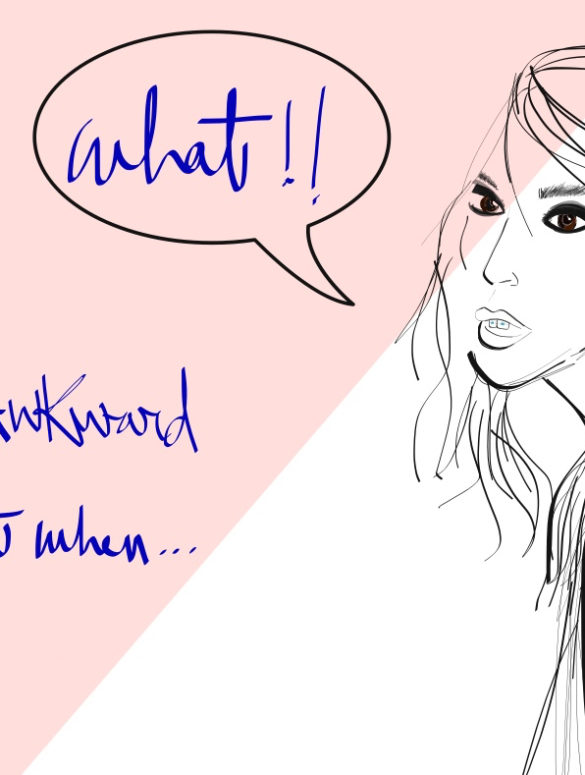 Awkward moments happen to all of us, even if you woke up one time seeing that your self-esteem broke the roof and went to the moon with a rocket ship so fast that you don’t know why or when that happened, you actually don’t want to think about it, you’re just happy that this is happening to you and confidently enjoying it.

You begin your day with that fake attitude powered by your fast delivered confidence so surly it’s just you, within you, from the beginning of your birth and it just got consumed by life before and this morning it’s just got full charge and you’re using it for your own good.

You hear about this party acting like it’s the first time to hear about and it’s not that same party you thought about the very first time you hear about it, it’s that party that has all the things you want in one party, which is fun and the other gender… obviously.

You dress up in your confident and drive to the party in the best shape you possibly could be in, you’re so relaxed and thinking the night will be fun, until that awkward moment happens —That one that you never thought it’d explode your quick inflated self-esteem rush like a balloon.

You’re about to enter a small terrace full of people you know exactly two of them, one hates you already so she doesn’t count, sitting all together around one table and you can’t find a chair for you so you just through your stuff on the corner table and bring a chair and while you entering the terrace again, it seems like there’s no sound in the air, the noise of laughing and talking people has disappeared and there’s nothing to hear but the people eyes on you and you’re looking at them with a chair on your hand, can’t say anything but something in arabic translates like: what’s going on, or in another explanation, why you people are so quietly watching me? Everyone just awkwardly smiled and looked in different place after this. And you just left in this trauma thinking there’s definitely something happened from the three below:

—There’s something stuck in your teeth since you’ve braces on: Chances are 5 to 10 because your mouth is closed or they’re just looking at you because you’ve braces on at this age!
—They are either loving or hating your look… Thinking that maybe the statement earring+bangs+sequins blocked heels is too much in one outfit: In my case, more is more and if I can’t wear this in a gathering party then where the hell would I wear it!? This is me in the best shape aka I don’t want to draw anything on myself while wearing this.
—There’s a black pen smudge going from my smoky eyes to my face from unconsciously rubbing my eyes like just waked up to a new world: Chances are zero to 10 because I’m aware of my smoky eyes and if I did that it won’t matter because it’s already a panda eyes and I love it.
After pressuring myself assuring that there’s something wrong going on with me, I realized that it’s that time when my mind is bored and want to play with me, after all the party was sucks so someone wanted to have fun! And it doesn’t matter as long as you know —lately knew— it was just a play from the beginning of the self-esteem moon rush, important thing is you take advantage of the moment! Ok that was cliché, but the awkward moment was not.
What’s the latest awkward moment happened to you?

Previous
Disney Style Is Your Style

Next
Cutting Sugar on Breakfast