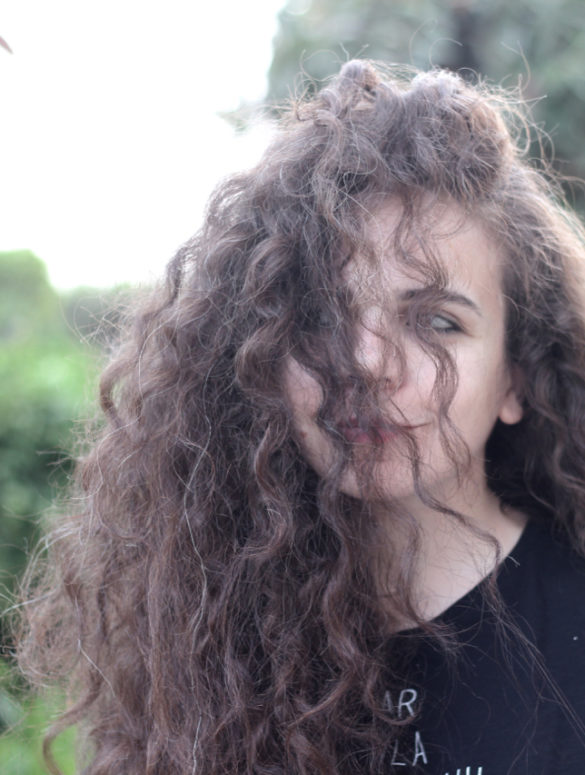 Home
Beauty
The relationship between me and my hair is getting better by me getting older, what was beyond complicated before now handled raw, dealing with the fact that this is my hair; I won’t change it, dye it or doing any thing to spice our relationship and just let it be was what I’m aiming for to find that unbalanced balance that I wanted to reach—still forgetting that I’ve a thing on my head on a time or could be the main statement of my whole look on another.

Even if I still have dreams of a pixie, the curls slaps the pixie’s door right on the face, making it looks like poor you! I’ve more exciting life than yours! But it’s not like that, it’s simply how you want to be translated but in the same time genuine to what you believe in, and I believe that what I’ve already got is the best suit for me.

We got bored by our natural hair so fast and wanted the change, wanted to experience different stuff but mostly all was for the neater, the straighter or the shorter beach waves effortless look, describing that I wake up like this method with no words, but all of us fought to really wakeup more early and even doing some extra work at morning to deliver that message everyday. We always seek sustainable fashion and wanted to include our hair in the game but are we doing it right?

None of us, by now, thinks that the mentioned method could simply be done by not doing anything or with just simple touches to achieve it, we work for that effortless look. And we always want what we don’t have! There’s no shame in that!

But you can have both! You can have all the time in the world to style your hair like what you want to see yourself with, statement that this is my hair, this is my “I don’t give a fuck about your opinion, this is what I feel now and I feel liberating! I even might start a Curly Girls Unit to empower all the girls in the world by doing themselves and feel carefree!”

Now, For How I did the look because it’s also takes time to understand your curls and how you could reach the best from it. My hair neither straight nor very curly, when I was young it was wavy going to the curly road, I’ve spent my teenage years with long curls that wasn’t hard to make, but the damaged happened after I got bored and wanted to change its texture by iron straighten it, I kept playing between straight and straight with open waves for almost 6 years. Now I’m in the pursuit of doing the best curls, I’ve learned from lots of trails and errors but those errors could be your solution if you decided to join my Curly Girls Unit! Here we go:

1/ Shampooing and conditioning it and leave it freely to air dry it. Results: Didn’t work and turned into a fuzzy ball.

2/ Washing it then tossing parts of it and leave it to dry then whip it. Results: Didn’t work because my hair is so huge and became huger by doing it, think Cher huge but even bigger.

3/ Same method as two but instead of whipping, running my fingers through it if that’s what you’re asking yourself now. Results: Gave me a frizzy curls and funny looking head.

4/ Putting oil replacements all over it while it’s semi dry. Results: Getting there but not completely, there’s some curls here and their but there’s no movement in it.

5/ Putting some coconut oil on a dry hair just for the sake of curls. Results: looking like you’ve got an oil mask on it but you decided to hit the streets with it.

What really worked for me with no products whatsoever:

Shampooing and conditioning it then brush it while you’re waiting for the condition to do the magic, Yes it can damage your hair but try to take all the water of it before doing that, the secret here is to make the water and conditioner form the curls and not brushing the curls after washing off the conditioner, my hair is so long and complicated to just leave it without brushing that it could form a dreadlocks —which I LOVE also— so I found the best time to brush it was while it’s in conditioner, rinse it after that, let it air dry, and if it needs two fake curls make it with the curls iron, just two on each side, don’t over it, we don’t have time for that.

Wearing my hair with pointed loafers paired with cropped jeans, black tee with the weirdest smoky eye on the planet, making hands in W shape to celebrate Waves.

So if you have a curly hair and didn’t see it in a while, will you try to revisit it? If you’re already in the route and embracing your curls tell me your secrets! After all we’re all in the same unit!! 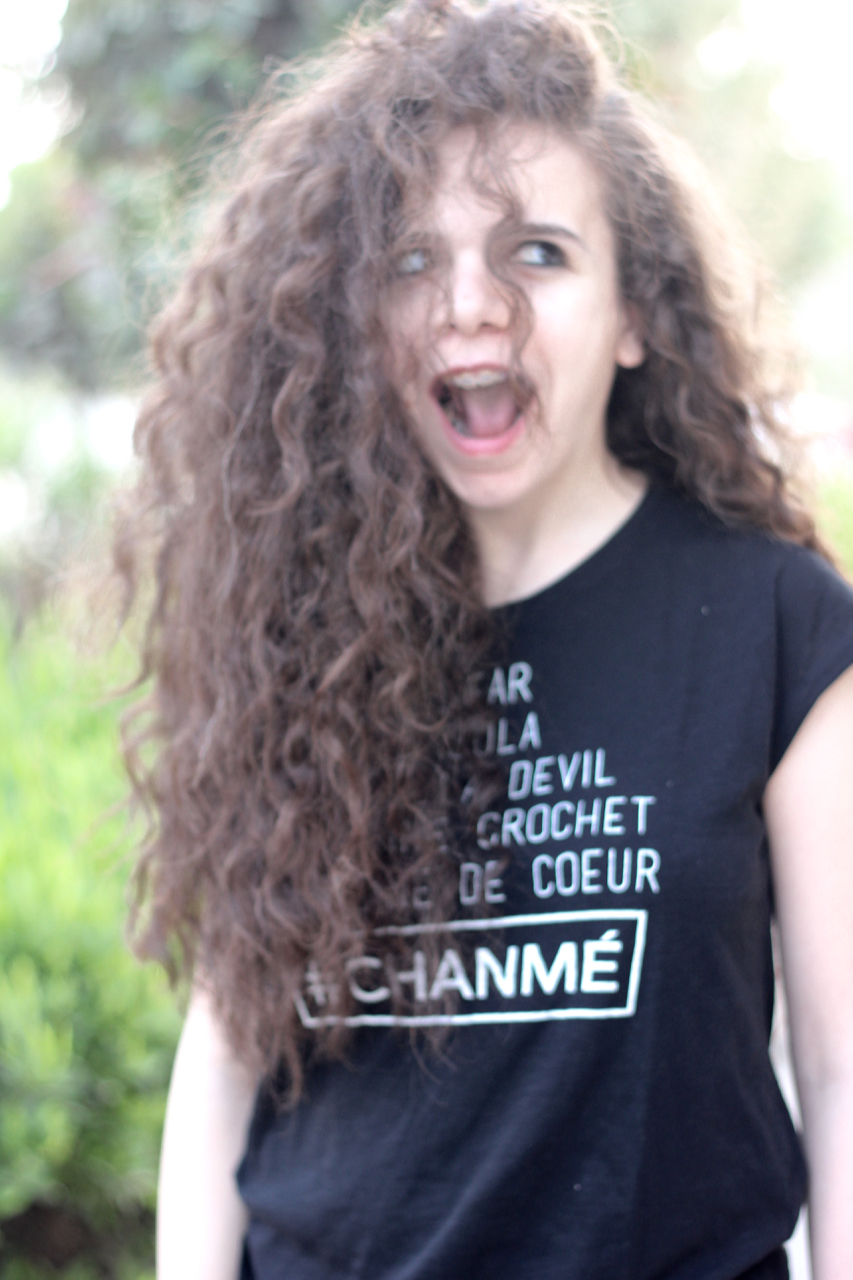 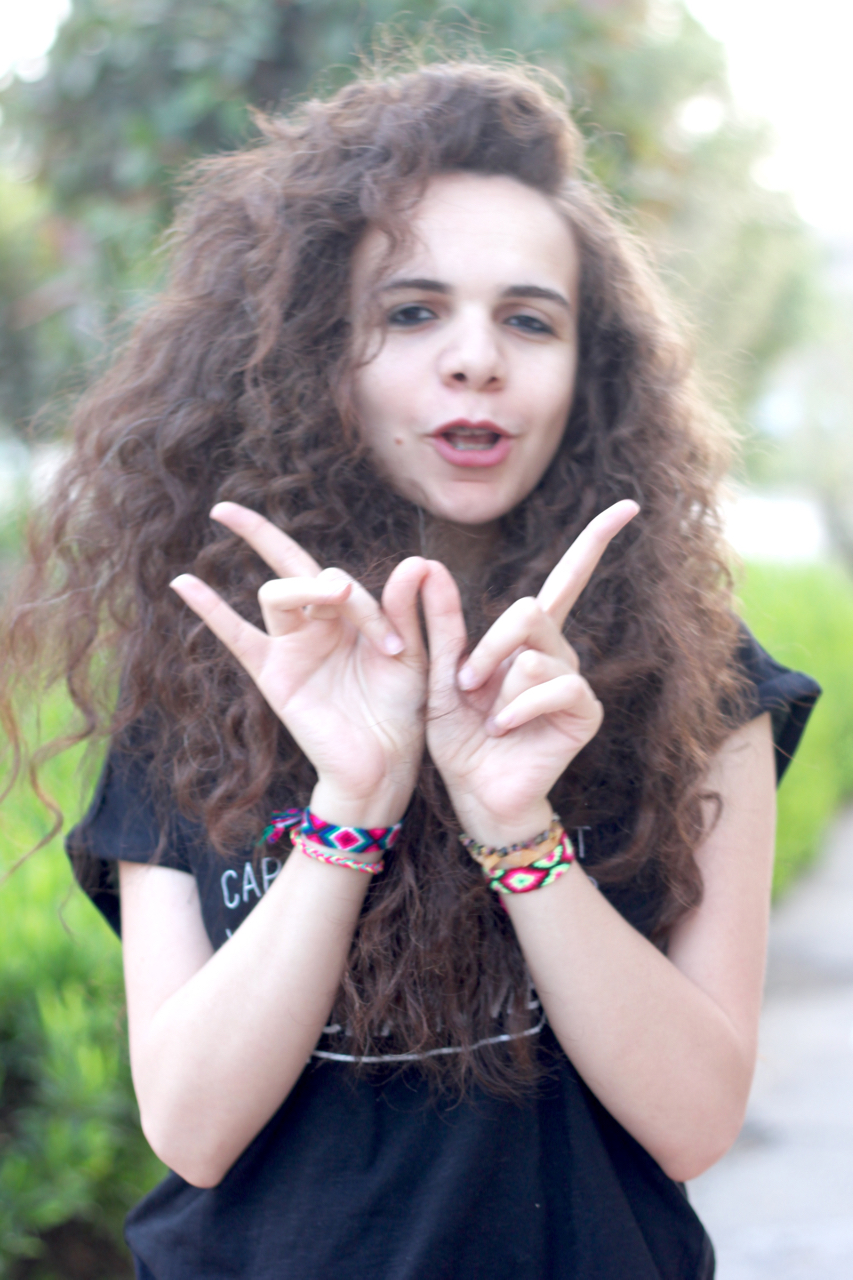 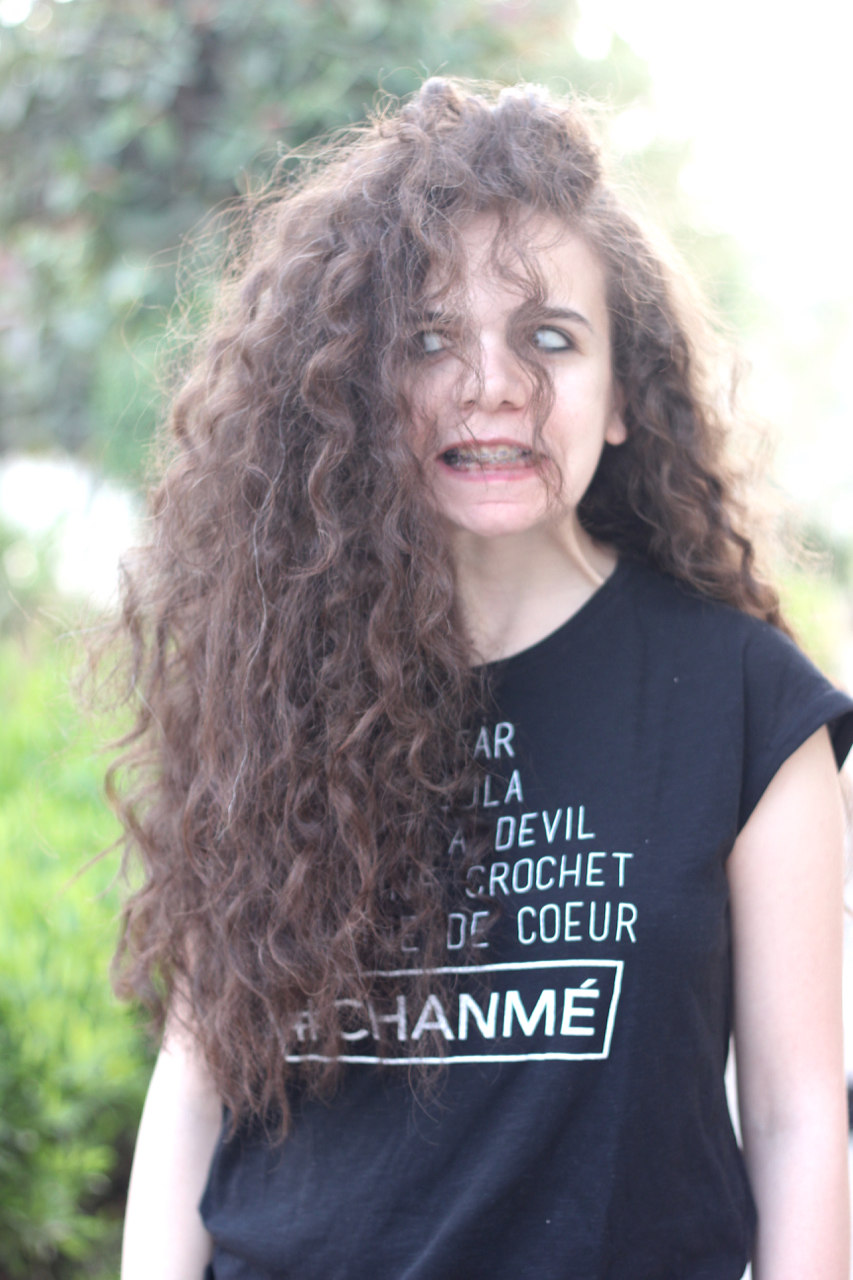 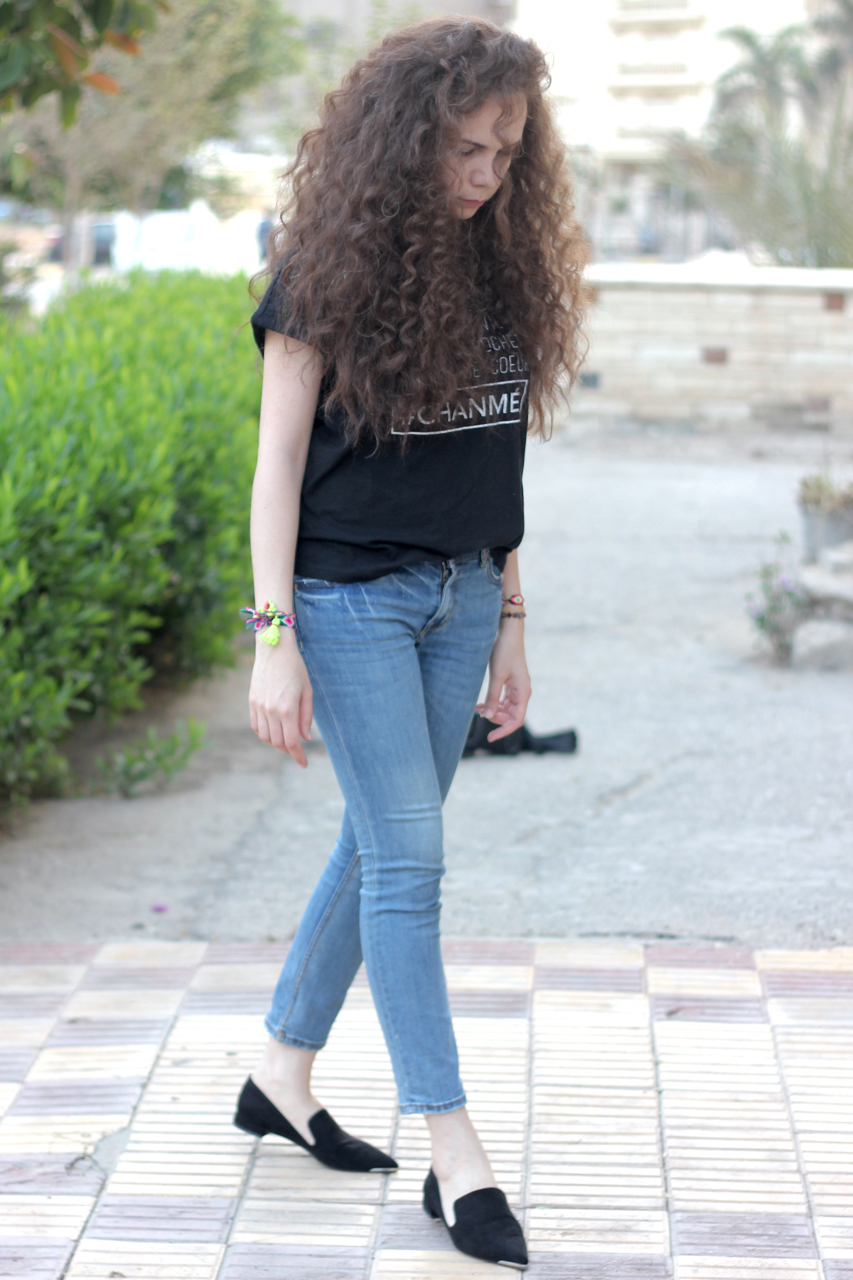 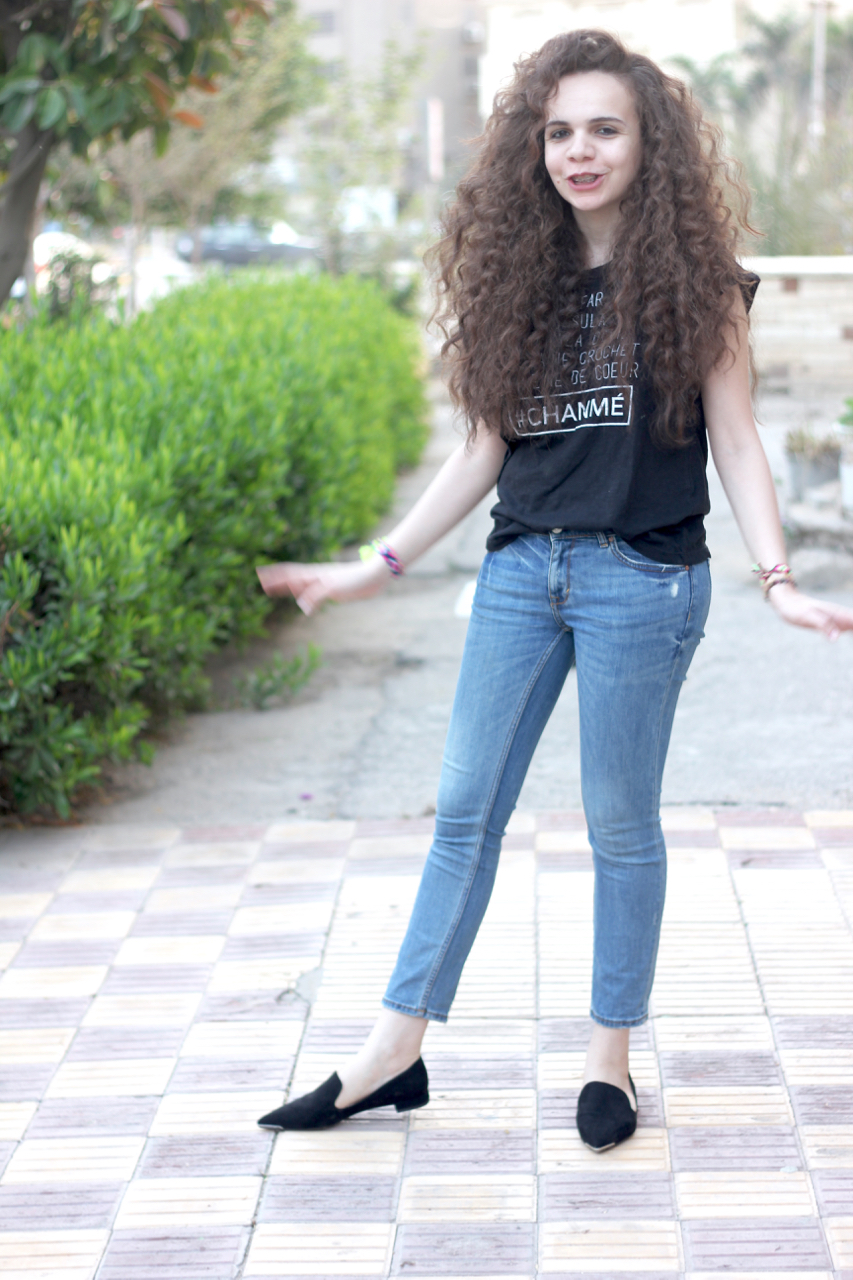 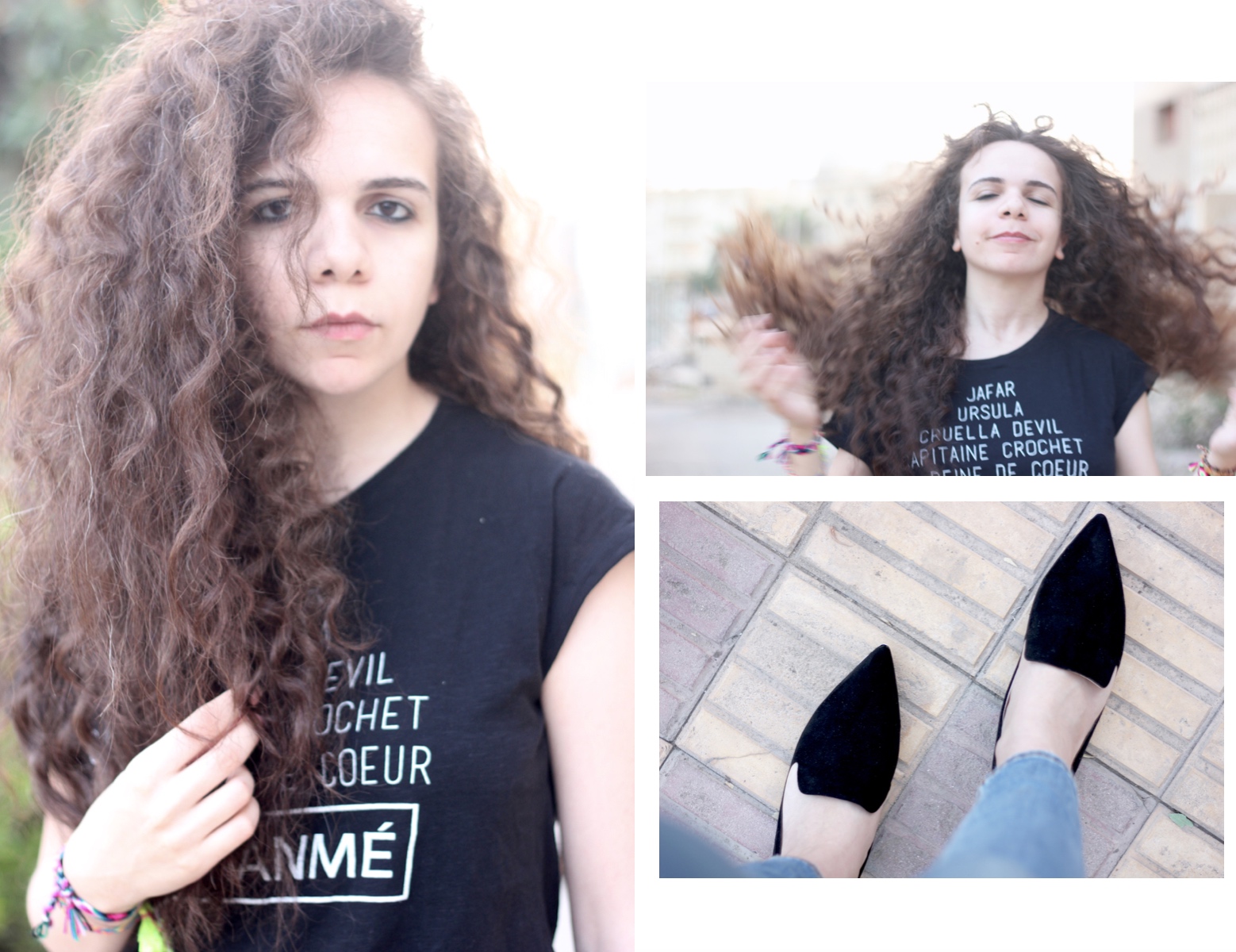 Previous
Do you Spend on Mascara?