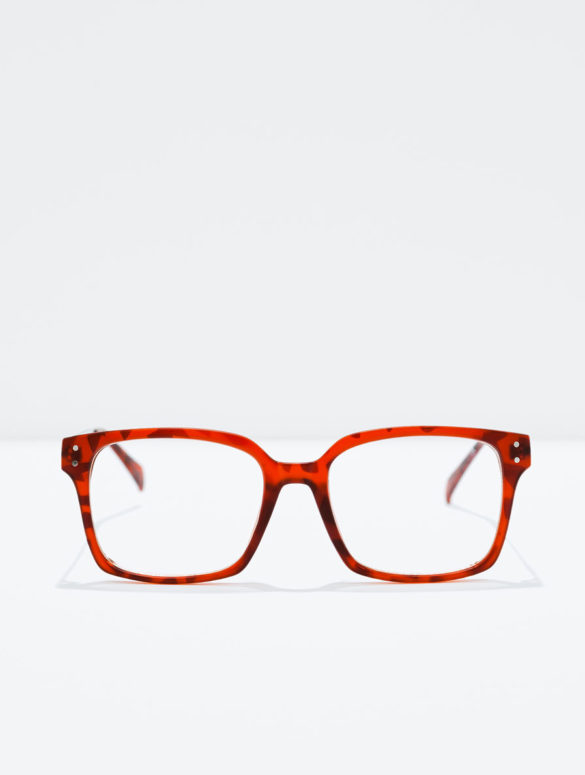 Frequently when people ask me what the first thing that come in mind that you can’t live without, I don’t reply in some lame beauty product answer, I say, eyes. Eyes are everything…

I never thought of my eyes from a beauty side, wrinkles around them, dark circles, so? I’m still in my twenties to worry about that right? (No, I really need to pay more attention but that’s me now anyway). I never thought how I’ll look if I wore glasses, oh god no, I must look awful in glasses that’s for sure.

After spending my life on my laptop, it had to back fire me, it began with headache then it never gone away, I couldn’t do anything because of it, at some point I hardly could open my eyes because of that headache around them…

I went to an ophthalmologist, he examined my eyes, he tested my vision with those charts on the wall, i was so relaxed I thought I’m 6/6 but, I really couldn’t see that smallest signs, you know that last bitchy line, yea that one.

I was in shock, for the first time in my life, I was freaking out like I can’t seeeee! how!? I was perfectly fine, I see clearly on the street and everywhere, it’s just a matter of headache or exhaustion right? please tell me that you’re wrong and I’m right.

I was so wrong.

He told me that my vision in my right eyes has lowed a half degree, I don’t know what that means.

He said that I need glasses, no I look terrible in it you just don’t get it, I already have braces!!!! just write me some pills!!

I surrendered and asked him when I’ll wear it, he said and I quote:”Every time you use your eyes.”, you’re not funny by the way. but what he really meant that every time I watch tv, being on my laptop or my phone, or when I focus so much on a thing. Which basically all the time.

After stepping out of his office, it was time to choose some glasses. I never thought about it before and now I have to adapt to the idea, all I think of that I’ll be a dummy trying to look smart with glasses, my face ain’t made for wearing glasses, I barely look decent in sunglasses, trying to be cool! Should I change my wardrobe for glasses, for sure some makeup routine, and my eyebrows have to be tamed all the time now, oufff that’s so much work, plus I’ve to have a clean, radiant face now to go with that glasses, and no I won’t wear it with some pimples that will be a circus on a face, a clown face!!! It was a brainstorming of shit.

When I chose it I wanted to be as big as it can be cause I didn’t wanna see the frame when I wear it, like i want just the clear glass that will fix my sight, but also the fashion chic-trendy girl inside me didn’t want to go for a frameless old fashioned glasses, therefore I grabbed one I saw that other day at Zara (well, I was laughing that day like no I don’t need this thing, maybe as an accessory one day hahhaa…  .  ), two days after and I can’t walk without it!

What once was a thing, is now a permanent object in my life, talking commitment!! I’ve never made that quick choice about glasses like that one in my life, I just garbed it and said it’s big, so I’ll see, and that’s what I purchased, square, big ones, hopefully to look good and hide my face, like no it’s not me who’s wearing glasses it’s another girl.

When I received it after they made the eyeglass lenses, I didn’t like it, tried to watch some TV with it, it was so annoying, it slips on my nose every second, I hate that I still see the frame, the glass gets blurry so fast, I must touch it every minute, I’m not used to it, the headache is gone but it’s not about the headache anymore.

No questioning that I didn’t like the way I looked with it, it’s great on its own not on my face, it so big, maybe I needed something more round with my face shape, yea just now I’m thinking like a wise person, but why I didn’t take the experience as a new excited one and tried to fully live it? I panicked yes. I now know how perfect our eyes are and how freely we can see without any frames and not even recognize it or think about it, glasses are heaven for some people, but not for me, I’m still adapting, but I’m appreciating my eyes more now, taking care of it for a change, by wearing glasses and not complaining about it and I’ll add it as a very serious addition to my accessory collection. or that’s just how I’m adapting to the whole idea.

So Are you wearing glasses, is it heaven or hell for you? What’s the shape do you like the most because I’m so new at this thing? I should go and look for a great one now.

Image via Zara. And it’s the one that I’m wearing now.

Previous
Alone In Another City