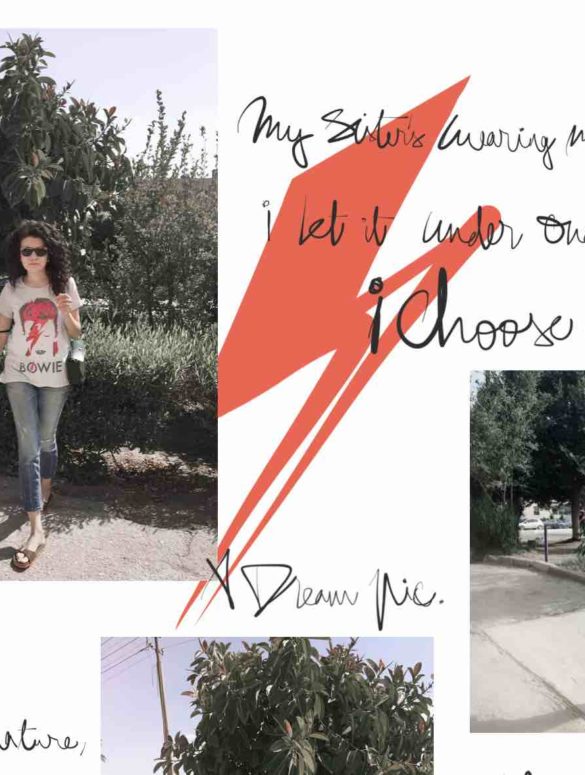 Home
Fashion
I always mention that my sister doesn’t like my daily carefree outfits, she thinks that I look like I only got out of bed and went down the streets like a crazy woman, which if I didn’t pretend, that’s what happens, but I’m gonna beautify the words here and say, It’s genuinely selected looks that could meet some PJ parts and relaxed swag easy pieces of my outer wardrobe in a street style dream.

That did not interest her indeed, but I pulled my trigger at the right time, when she asked for a few fancy wear of my stuff, I refused until I made her wear something that I’d wear every day, my sister style is very elegant with a touch of tomboy, I could see where is this heading 10 years from now and how she could ditch the tomboy part and that’s ok really but I won’t leave her until she tries everything! Maybe she would like another thing more and start evolving it, aren’t we on this theory with everything!? So I won’t miss the chance to actually play with what I have got now, to make her digest the idea more first of, wearing slides on the street for every day because she’s so conscious about that, second, to not do anything for her hair and just let it be, and third, wait there’s no third, the jeans are hers already (influenced by my cropped pair), the tee is mine, the bag is also mine which I shortened the straps of it and I short it more when I wear it. I took the photos and that’s it, she felt the coolness —of not doing much—and the carefree, she nailed it! Next plan, put her in a PJ pant and see how she will react with that!

So this is pretty much like my look for everyday, no makeup, hair don’t care, thoughtless wear and sliding to the moooohhhn! Now I wanna know what’s the deal for your everyday relaxed outfits!? 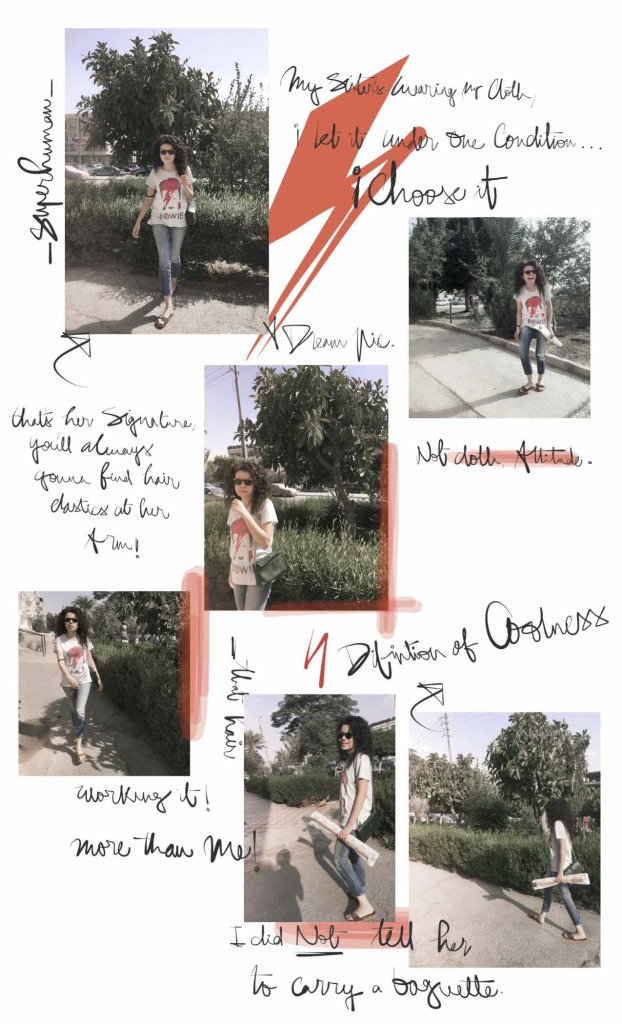 Next
My hair, Again