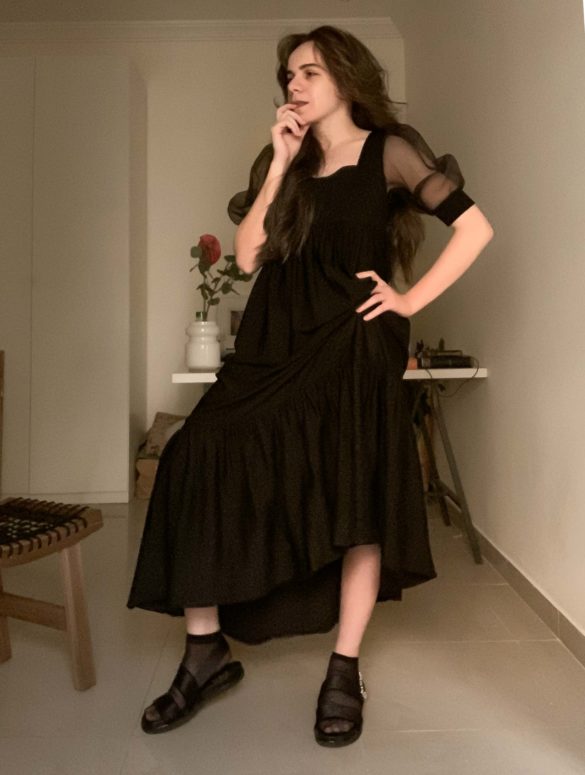 This One Trick Will Make Ugly Shoes More Stylish

My core value is comfort over any pizazz. I’m a die hard fan of Birkenstock sandals and wear it almost daily. Now in my mind, it’s associated with the ‘ugly shoes’ term that I read about a lot lately. That doesn’t decrease the amount of love I hold for it. I’m just wondering who came up with this term? did a group of people just woke up one morning deciding “let’s create a new category for shoes and file all the new, inventory looks into it and name it ugly!” Does this same person consider Phoebe Philo’s footwear designs ugly? have they ever wore anything more comfortable than a pair of Birks? have they even ever tried on a pair of Birks? Do they call all the ugly shoes ugly, or they have some exceptions?

The fashion paradoxes that can be put together in one causal look is what inspires me the most. Ironically, an ugly shoe is the easiest trick to have that “it looks so stupid, I love it” look–it’s a very stylish look btw, especially these days. Years ago, it was just ugly shoes.

In 1966, Birken imported to the USA, German tourists paired it with socks, and people who were looking for comfort (mainly pot smokers) found joy in the cork-soled slip-on pair and joined the team. In July 1990, Melanie Ward styled 16 years old Kate Moss in birks for The Face “The 3rd Summer of Love” print. The iconic images of Kate were taken by Corinne Day looking even cooler than the aforementioned party (I’m sorry, but she did). This traditional German brand became suddenly lit among the younger generation. And in my youth years, when I shifted my attraction to the luxury fashion scene, and exactly between 2008 till 2012, Birkenstock wasn’t cool. People literally screamed around the internet if they saw you in one.

This remained until the great Phoebe Philo created what we called the Céline Birks in spring 2013. Pairs of comfy fur-lined orthopedic-styles were walking on the runway, making you believe that you can run on the clouds, tirelessly, and look chic Af at the same time. Defining a comfortable luxury, pioneering the concept and becoming the motive of countless creations of footwear that now known as ‘ugly’ shoes. This fancier version of Birken stocks was a dream for most of us, and we grabbed only the end of it, verbally. But oh my, did we love it. In 2017 Birkenstock sold 25 million shoes. And by 2018, Balenciaga’s created the dad’s shoes “Triple S Sneakers” starting the ugly sneakers trend. Most of the market casual footwear can be filed under the ugly shoe category. That offbeat effect can be drawn on most of it. And we have the option to like some styles and ditch some.

Do I consider myself a fashion victim? hell yes, I am. Who isn’t? I switch my decision on liking a thing or not season after season. I disliked combat boots, preferred cowboy over them. Haven’t considered converting until one day I saw an editorial I can’t recall that convinced me I didn’t see the whole clear picture. I still don’t like any version of the dad’s sneakers but the Balenciaga pair. I love chunky loafers of all kinds and shapes and still can’t digest Tiva sandals.

Feeling too old for the flip tho I had fun with the rest. Anna sui ss2021 ##nyfw ##beyonceonbeat ##fyp ##fashion ##trends

My latest contribution in styling ugly shoes was three days ago when I recreated an Anna Sui look from the still happening fashion week to bring up freshly baked trends. An ensemble of a romantic black maxi dress with a flared hem, organza cuffed sleeves, and a square neckline was paired with my chic-but-ugly satin with rhinestones buckles flat sandals. It adds a cool effect to the dress, and I can’t imagine wearing anything else. The detail I took from Anna Sui here is the light socks. It enhances the ugliness of this look and makes it more quirky hence, can be easily named a personal style. Try it.