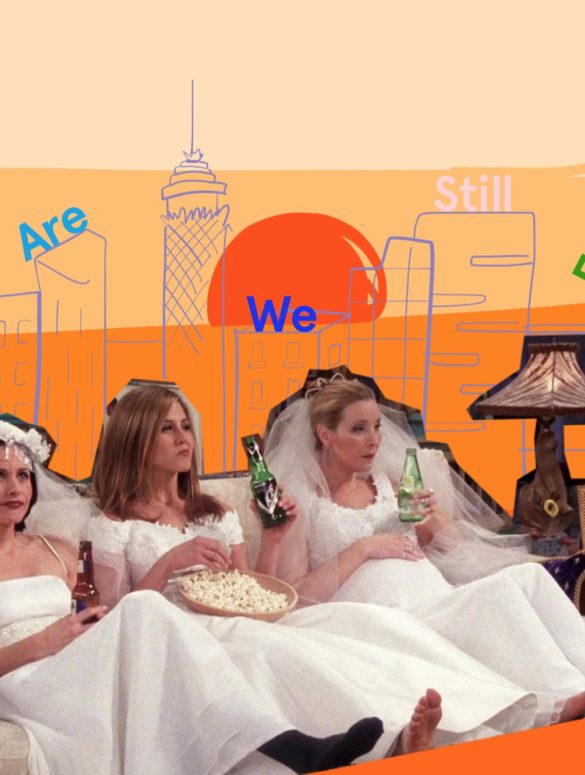 Why Are We Still Friends!?

I’ve changed the names of the individuals to maintain their anonymity.

‘Are you going out tonight?’ Sent by me on WhatsApp at 5:43 PM.
“Maybe, around seven-ish.’ Sent by my high school friends. I just got back to Egypt and the last time I saw them was three months ago. Some I didn’t see in six months.
‘Great’ I said.
An hour later, I sent ‘Place?’
Elizabeth replies ‘At seven-ish “We don’t feel like it, why don’t you come, please.’

Elizabeth’s sister Sabrina is one of my best friends since elementary school. She just got back yesterday from Dubai, where she lives now with her husband. I won’t go, ok, maybe I would, I don’t really feel like it— setting in another home tonight.

‘No one’s home but me and Sabrina. They traveled.’ Elizabeth felt the laziness in me.
‘When they’ll be coming back?’ I wonder to postpone until tomorrow or something. She continues ‘Tomorrow’s morning. We could do shisha tonight!’
‘On the door, anything to bring?’ Already packed my keys and phone when I read shisha’s involved. ‘Cola.’ She replies without hesitation. Shit, there’s nowhere to park to get cola, doesn’t matter we could get a delivery.

The whole door of the building has been changed since the last time I was there. Is this the same building? Don’t be stupid you can’t miss that.
They also changed the intercom names, now it has only the numbers of the apartments, I really don’t know which apartment! Is it 18!? She’s not even picking up her phone. A pilot suddenly opens the door to get out and hold it for me to get in. I thanked him, I moved on because he was around mid 40’s which is not something am looking for, now. I entered the elevator, it also changed with that system that you need to have a key for it. I went on the stairs, I believe it’s the first time using those stairs in my life. The apartment was no. 16, I was so close though.

Sabrina opened for me, without any new feelings she kissed me, a kiss like I was sleeping with her yesterday not that I didn’t see her for more than 6 months. She’s been always like that, but I don’t think only with me.
She begins her words with ‘Oh my god, you look so skinny! Look at your face! It looks so small!’ Is that bad or a good thing?
‘No, I’ve gained weight. A lot actually, that I don’t even want to know how exactly, I never weighed myself since… forever.’ Six months actually.

‘So how is it going with you! How’s life!’ She say’s with excitement.
‘Good good’ I say in calmness.
Elizabeth interprets while adjusting the coals ‘She’s always like that, she could be desperate for months.’ Yes, I could.
She says ‘Her problems can’t be solved with just a hangout or an ice-cream walk.’ Can any problem be solved with that anyway? She continues ‘She can go on a trip for a week and return with the same feels.’ It’s not like that, but I’m quit when something upsets me. She says ‘She could be happy again in only one condition, when the problem is solved.’ In a matter of fact, I believe in the law of attraction and I try to apply it more often but I won’t interrupt her.
‘Oh really!’ Sabrina adds in wonder.

The thing is Elizabeth was also with me at the school-a year younger but we’re the same age- but we’ve never been actual friends but in the last couple of years when we found ourselves alone together when everyone else got married and traveled away. I like her more than Elizabeth and I love her business mind so much, so we have more in common than what I and Sabrina have. I wonder if we ever, me and Sabrina, got along. I think we knew each other for so long that it doesn’t matter anymore.

‘So! How’s Dubai!? What it feels like to you now?’ Trying to change the subject.
‘Actually, Dubai is great, the people are great there. Everyone’s doing his own thing and do it freely. Like if you’re used to a morning run in your “hot shorts” you could do that there, it’s not that conservative and gives the people their own right to do whatever they want as long as it’s legal.’ She adds cheerfully ‘And the European people oh my, the girl could just wear flip-flops and ripped old jeans and look cleaner and neater than me in a blazer!’ Funny that you saw me as a homeless person when I did that a year ago.
She continues ‘She could literally wear anything and look good in it!’ Maybe because she just feels it? ‘I’ve learned something from them, you can wear whatever you want if you feel like you and that will be the best thing for you.’ —That was her way to say sorry for what I’ve done to you when I didn’t try to understand your reasons for wearing what you’re wearing. She just wanted to see it from what she thinks The Experts.

‘So how’s your work!?’ Sabrina says. I’m stupid as fuck and a lazy bitch to actually move a muscle to do what I really love to do/be in this world.
‘Fine!’ I say. ‘Digital marketing isn’t that good in KSA though.’ I add.
‘So why don’t you come and try it in Dubai!’ She says with excitement.
I saw with the same amount of excitement ‘Yea maybe! If I came to Dubai, it would be great to visit the Vogue office there. I wonder how they do it there!’
She nods, her nod shows that she vaguely recognize which magazine Vogue is, but I’m just happy to know that it reached her in an indirect way that shows in her dress pattern that screams the colors of Prada this season.

The TV was turned on in this channel that got theses romantic comedy movies back to back this day. Unattached Strings was on, we all agreed about Ashton’s sexiness. Sabrina didn’t like the face of Natalie Portman but she liked the whole attitude of her in the lavender dress. Which assures me now more than ever that we speak different languages of beauty and it’s O.K for me to comment on my face. She brought my face into the subject again, I said maybe because of the braces, which is something I’m freaking out about but I’m so discreet about it and changed the subject.

I say brightly ‘I have this idea, girls. You know that shop that my dad has here, I’m thinking about opening it and do something with it. I have a couple of ideas, maybe to do it as a little cafe or something. It’s not in the best commercial area, but I know about marketing and I know how to get people there, if the atmosphere and food are good and cheap, people will come, period.’ Sabrina nodes in what I can call jealousy, Elizabeth got excited and wanted to invest in the subject.

I really don’t know what to do now in my life, I feel lost than ever but I’ve been thinking about different work aspects that I could start in. I’m rambling about work these days all the time, I’ve been even thinking about getting back to architecture, yes.

While watching Natalie Portman in her last scene, I thought of what a great body she has, I wanted to break the ice and said’ I’ve to do something about my body now because the older I get the harder it’ll be!’
They nodded, Sabrina added ‘You better start now then.’

It was time to leave and while standing I noticed something under the couch looking at me, it was a scale. I tossed the idea on my head to get on it or not, I mean another six months won’t bother me really right! But again, I really want to start working out now and it begins with what I want to achieve. I pointed in wonder is that thing’s working!? They said ‘perfectly!’ So I pulled it out with many thoughts in my head.

I know that I’ve gained weight so no matter what the results is, I wanna lose it so I could be 53 kilos again, my perfect weight! The one that I look and feel good on it, I’m 5.6 foot tall (171 cm) and I don’t mind a few more kilos if it’s in the right places, but they’re not now!

Stepping on the scale, watching the numbers goes up, it started at 53 kilos actually so I know I’m not just that, 55… ok that’s not bad, I’ll work on it and will be perfect in just a month! Going up to 57… mmm ok, calm down, 58… oh godd that’s 5 more kilos! How will I lose that while eating everything I want!! I never actually starved myself and I find it absurd to not just eat what you want everyday!! Then it stopped at 59.7. Honestly, I was shocked of how I let myself go this far. Those are 7 more kilos! More than 15 pounds!!!!! I don’t have any spatial awareness!! And yes, it is showing in my clothes but I still wear the same sizes!!! Was I wrong about my sizes in the first place!? Was I supposed to wear a 2 while I wasted my whole life in 4’s and 6’s!!??? No, NO! Be realistic, you’ve bones! I stepped down from the scale in silence, went to my car and skipped my night dessert this day, I lost my appetite after such news.

Previous
I Wanted the Lolita So Much I Cried

Next
What’s in My Summer Bag if I Carry Any!?