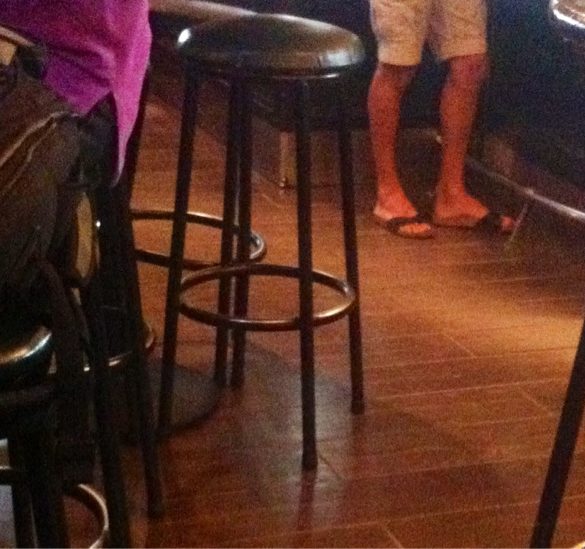 Since Celiné  spring/summer 2013 fashion show and everybody’s talking about it and wearing it after Birkenstock got  banned for life and become an off piece like a big No no.. Well I admit.. I love Birkenstock! (had mine a year ago and kinda stuck to it, I don’t care if people don’t like it, I wear/love it since forever), And what not to love about it?!
1/ I wear it most of the times, and the day before yesterday I went to my job with it telling my boss that I have something bad in my toes which I don’t..

2/ I saw the Céline version today on the June issue of Vogue USA (image of a girl riding her bike) and since I can’t afford it i’ll stick with mine because I know it is a big hit (if you wear it right).. so that’s just a bonus.

3/ Comfy… The comfiest! Yes I know everybody hate it because of it’s ugly shape and every German tourist wear it where ever they go, not just German people everybody wears it now, ask me.. 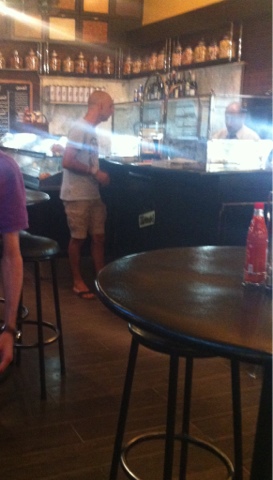 That’s a picture of someone I don’t know that was sitting in the same restaurant I’m sitting in right now and guess what is he wearing?! Ha ha! Told u, I love it! I want the exact same version with the one buckle, (now I have that orange Gizeh one and I became obsessed with that thing guys! Help!), Like should I get the one strap one or the Arizona one (the double strap version) should I get it white, should I get it black should I get both! Should I save some and get the most wanted version the Celiné one? with the fur inside?! Uhhhh..
So what about you, would you give it a try?

Previous
THE BASICS OF THE BASICS