What To Do With 48 Hours in Edinburgh

TT went to London for a couple of months, twice this year. She had a blast there, but went as a lost tourist, got robbed, got into the worst hotels, made mistakes, and came back as a know-it-all with a travel expertise girl. She also spent some time in Manchester city and Edinburgh. And came to talk about how to spend from month to two days in one city without making the same mistakes or spending all your bank account. She will explain how to stay, eat, shop, get around, visit the three cities with minimal effort.

Edinburgh is one of the most underrated cities in Europe. I think at the end of this guide you’ll think so as well. I have always wanted to visit Scotland, the reasons behind this remain very vague. I don’t know, it just felt wrong to travel all the way to the UK and only see London!

So basically I decided to either visit Glasgow or Edinburgh. And Edinburgh was closer to Manchester so here we go ( you know now how my mind works), but I was indeed not disappointed, now let’s skip to the practical information.

How To Get There

I took the train from Manchester Piccadilly to Waverley Edinburgh. It got delayed at several stops, and I got so confused, but eventually, we arrived in 3 hours instead of two. They, of course, compensate you, but I really just wanted to get on with my vacay time. On my way back to London, the train ride was really miserable. It took 5 hours to get there and they stopped at so many stations. On second thought, I should have flown back, but I don’t do airplanes unless it’s extremely necessary!

Best Ways To Get Around

Edinburgh reminded me a lot of Manchester with its transportation. It has a tram as well. Honestly, I walked everywhere cause my hotel was near the city center. But let me explain how to get around Edinburgh.

The Busses: Edinburgh has many bus service providers, the two most known bus service providers; Lothian and First. You either can get a single journey ticket (Lothian 1.70 pounds, First 1.60) or a day ticket; but only Lothian offers this service. You get unlimited use of bus and tram rides for 4 pounds but the only problem that the day ticket is not valid on the night buses or on the Airlink (service 100) to Edinburgh Airport.

The day buses run from 6 AM until midnight. Outside this schedule, Edinburgh has night national buses. If you want to purchase your single, return or day-ticket from the bus driver you have to have the correct fare as the drivers cannot give you any change.

The Tram: The fare is the same as the buses, but again the fares are different if you are going to or from the airport. They run from 5:29 AM until 11:08 PM. The tickets are purchased at the tram vending machines located at each tram stop. You will have to have the exact change or use a debit or credit card since the vending machines don’t give any change. Once you have bought your ticket, you will need to validate it on the tram or Lothian bus (within 30 minutes of purchase).

Don’t forget to buy your ticket before you get on the tram. Otherwise, you will have to pay a £10 on-board fare.I know it might sound complicated, but you won’t need to take many buses if you are staying near the city center. Which brings us to…

I stayed at a hotel called Leith house. It was excellent. The room was clean, spacious, warm “vital criteria in Scotland” and the shower was terrific. The best thing it was really close to most of the attractions. I stayed for 2 nights and it cost 152 dollars.

It is fair to say that the entire city is an attraction. It was out of this world-historical building and narrow allies and so many stairs, so believe me you will have your light camera out all the time.

The first significant attraction that you have to visit is the Edinburgh castle. I’m not one the people who like to pay to get into places but trust me on this it was really worth it. You book your ticket in advance online. It costs 17 pounds, and then you print it on site. I went early to avoid the crowds, so I choose the 9 PM slot. Most people want to witness the 1PM gun, but I went on a Sunday, so there was no gun, but still, the place was crowded. The castle gives you a magnificent panoramic view of the entire city, and it has so many sites to visit so don’t get overwhelmed. I would say the main thing to see is the crown jewels cause they are mesmerizing
But unfortunately, you can’t take any photos, take a mental image!

Just when I thought I have seen it all, I was in for a treat at Carlton hill, its view of the city is even better than the castle. Also, it has some fantastic monument. The day I went there was 2 days before Halloween, and they were a lot of groups doing god knows what, maybe they were trying to exorcize demons! (anyone knows please please share). It is indeed a must go place but make sure you wear comfortable hiking boots.

A very nice gallery, and how it is different than the London’s gallery! It has a smaller collection but very unique pieces.

I loved this place even more than the natural history museum of London. It has an entire section for fashion history and fashion around the world, and I really liked the section for notable Scottish.
Of course, other attractions are worth checking but I didn’t have the time but if you do make sure to check ‘Arthurs Seat and the Botanic Gardens.’

The mattress walk is your place to go shopping. I went there when it was really late and all the shops were closed, but the area is beautiful and definitely worth checking.

For all your souvenirs, you have Primary and TK Maxx and Jenners with a fantastic selection of luxury and high-end products on sale. and is local to Edinburgh.

I only spent 2 days in Edinburgh so I didn’t eat a lot but the first day I went to a restaurant called Khushi’s which is the oldest Indian restaurant in the city and it’s extremely popular and busy all the time. The food was delicious but it was not cheap. I paid 18 pounds for a meal of rice chicken and bread, I would only pay around 10 pounds in London for the same meal.
When I finished the castle trip I was exhausted. So I stopped at a little cafe nearby named Étoile, owned by a French family and the waitress was so friendly. I ordered the big raspberry and rose macaroon and a flat white, they cost about 6 pounds.

On my second day I had pizza at Zino. It has a vegan menu which is always lovely, and the kitchen is open so you can see the food being prepared. I really recommend the fried baby potatoes which were out of this world. They also have a chili infused olive oil to drizzle on your food and it was ridiculously good. 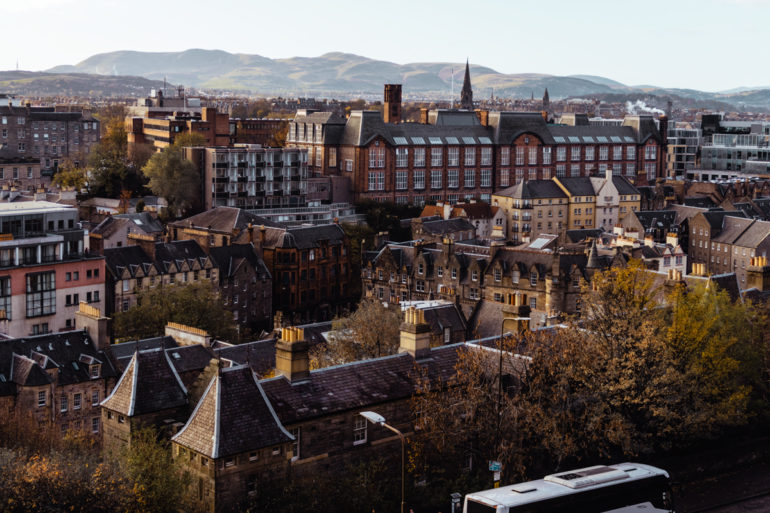 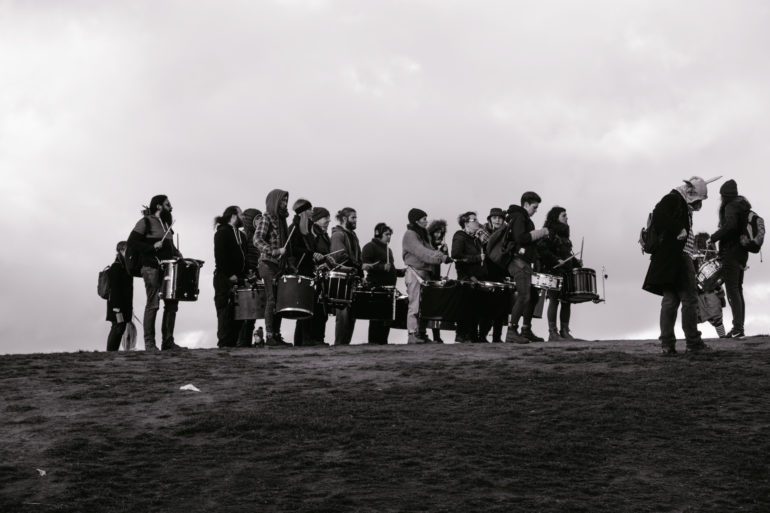 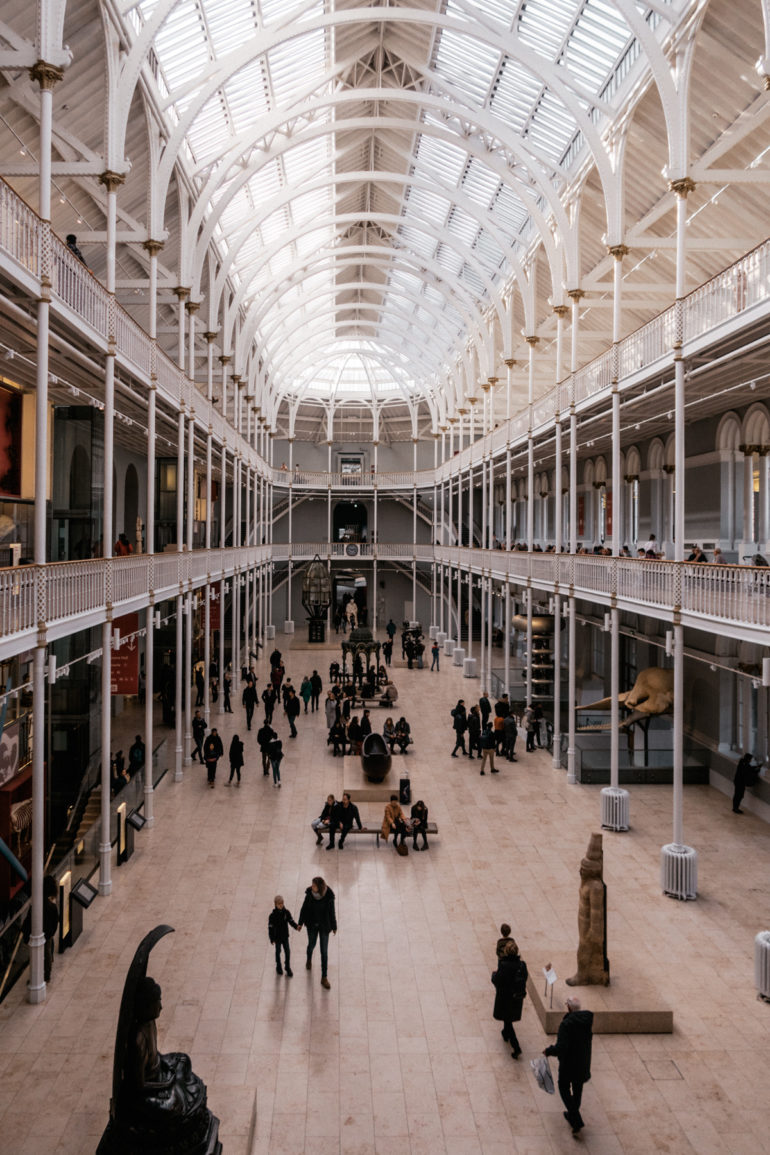 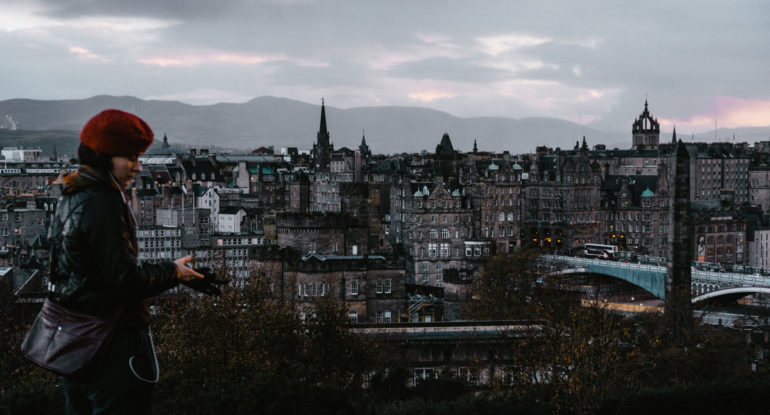 Next
Put Clips in Your Hair and Call It a Day