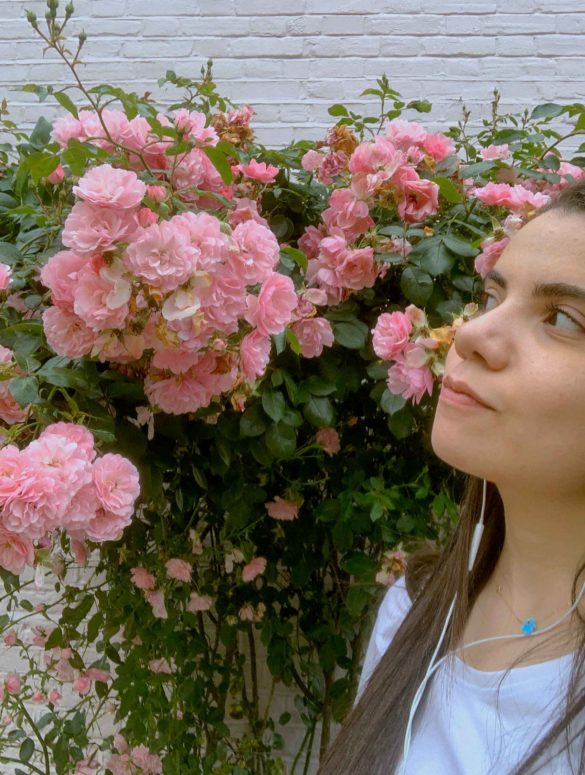 Do You Have To Cope With Loneliness? Because I Sincerely Love It

Anyone who knows me knows that I love Murakami so I will begin this article with a quote from the first Murakami I have read, Norwegian Wood.

Nobody likes being alone that much. I don’t go out of my way to make friends, that’s all.

Loneliness, some call it the disease of the century. Some, myself included, became so addicted to it that I feel whoever tries to invade it, is an instant predator.

I started to live alone in my last year of med school. I remember being so scared to even sleep alone without the tv being on. But days went by, and I became a plumbing expert over the years. I will not bore you with my independent woman stories. I’ll though tell you that being alone doesn’t make you a subordinate. Because from what I have noticed, most people tend to think so.

I was telling a colleague the other day about the restaurants I was discovering around the town, and she laughed and said, “Do you go alone?” and my response was like, “yes of course!” then I started to defend that case. I was guarding and shielding my loneliness like it is my most treasured possession.

I mean, what is so bad about dining alone? in fact, I have a tendency for going on companionless culinary excursions, to just walk in, ask for “a table for one”, and indulge in the joy of not having to hear the world’s most resented question “Have you made a reservation?”. Because they will always have a table for your party of one, even in the most crowded, hip Soho restaurants, or cafes on a Friday, or a Saturday night. You will manage to get a seat at the bar, which in my humble, but very accurate opinion, is the best seat in the house. Furthermore, you will not be judged on your food choices, or the fact that you are having a large pizza for one, and two desserts while everyone else is having a salad without dressing.

I mean, live a little Susan.

Travel wise, what’s better than traveling alone!? to just wander around the unfamiliar streets, and I know that it is not for everyone. Some people plan every part of their trips, and they are completely free to do so, but do you think that I will follow your plan? I won’t, even if we planned it together, because, in the first place, I know that we can not be travel partners.

For example, a big part of my travels is museums. I love museums, and I take my time in them reading every description of every painting, or sculpture. But museums aren’t for everyone, not for the aforementioned people, for example. Some just browse through them, take a couple of pictures, and their job is done. It looks like they just want to check it off their busy plan.

People sometimes make irrational choices because they are afraid to be alone.

The only part that I like about traveling with someone is that they can take my pictures, but again I can just ask anyone to do it when I travel alone. Truth is, I always tend to ask the tourist with the biggest, fanciest camera to take my photo, so I know I would get a professional photo for free. A quick tip, always ask Asians to take your photos, they are amazing photographers, so, problem solved.

I’m not glorifying loneliness here. I’m just saying, people sometimes make irrational choices because they are afraid to be alone. Whether it’s being in an unloving relationship, or a draining friendship. For me, I feel that my free time is, as my favorite French singer Zaz says, “rare et précieux” (rare and precious). I don’t want to sacrifice it for fake smiles, and condescending conversations. What about you? To which camp do you belong?

To end this as we started it, I will quote Cassandra Clare “Eternity is a long time to spend alone, without others of your kind.” So until you find them, and only God knows how long it’s going to take, and as cheesy as it may sound, be your own kind.

Previous
These New Cocktails Will Be Your Favorite

Next
How to Style Curly Hair This Fall?