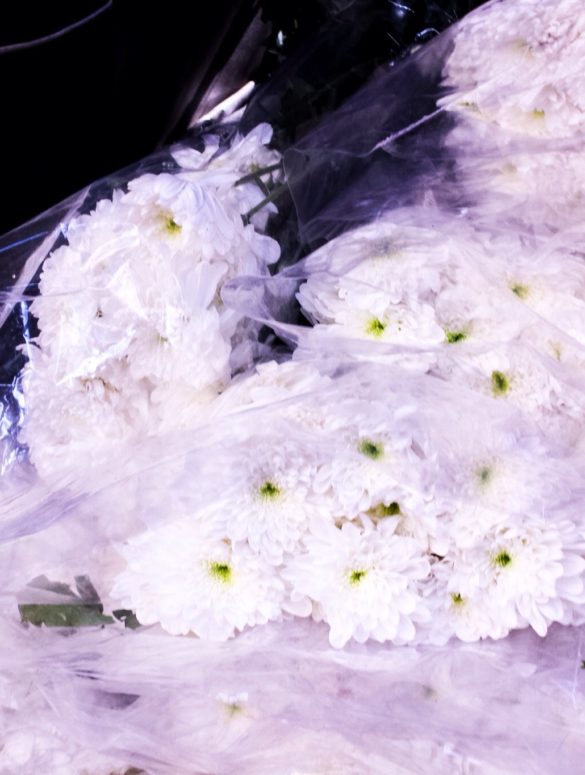 I always find myself overcome with joy and happiness when I see flowers,

because flowers or greens in general not that popular in my city, I mean you can’t see a woman holding tulips every morning because it’s a ritual for her to buy coffee and flowers every morning, I mean that could be me if I’m in a great flowery city! I take every chance when I see a boy with flowers on the street and buy some, but it’s not enough for me, it’s not around like I want it to be, and those flowers boys only exists on the streets that’s overcrowded with foreign people, flowers don’t even exist on my neighborhood, okay let me rephrase that… if I want some peonies I’ll never gonna find anywhere for example, you know, really good flowers don’t exist here, furthermore flowers on the windows, people stopped doing that, maybe that’s what I need, to plant some on my window if I want to see it every morning.

Flowers for me are really important to smell, feel, touch and feel great when you see it in your lowest moment that passes daily, am I going romantic? No. Not yet.

So when I saw a florist van in front of me I couldn’t believe my eyes, it was like all the flowers that suppose to be around the city someone stole it and stacked it in one van, and my reaction was something like why your doing such a thing!!!? I know that’s absurd but when you don’t see flowers for that long time, you’ll know what I mean, and because the van man thought I’m crazy he let me shoot for a while, no I couldn’t steal it from him, I wanted to but people was staring just because I was jumping around a mini van, it was stupid enough. Uh god I want some now! I’ll google how to plant some.

So Do you appreciate flowers? Buying it on daily bases? Or even more amusing, planting some?

Next
The Coat Knot