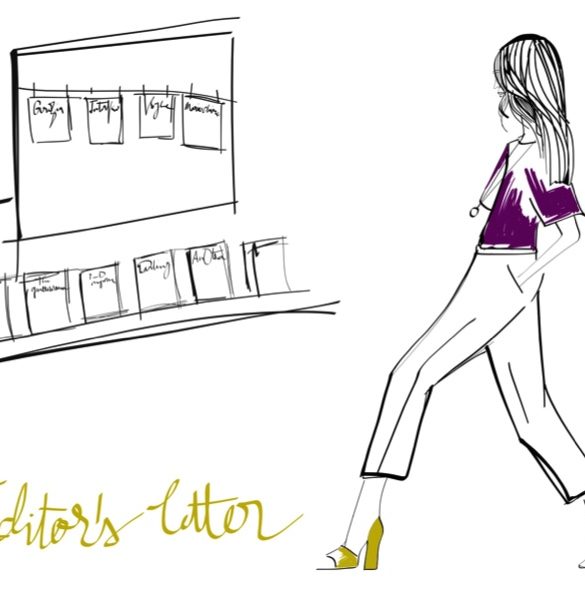 So I’m working in a fashion magazine now…! and I’ve left my blog for about… let’s not just count the days because I can assure you that It’s dead already without any planting or caring (18 days to be exact), I hate to say that because it’s eventually my baby who I think about everyday and how I can’t even glimpse at it or do that job that I suppose to do on it, I mean it’s my way of telling people what I really want or feel because I’m more of a shy person in real life —that’s only at first, then I go on fire with you then you can’t let me go or shut me up.

So anyway, things are changing so fast, since I started to work in the magazine I’ve been extremely busy, you feel like you’re doing everything all the time and in the same time you’re not in control of anything but everything all at one time too!! it’s crazy and it’s not compared to my blogging life in any way even if both are fashionably living under the rock of fashion.

There’s a huge different between magazines and blogs and I’m living the both at the same time now! I think it’s an eye opener for me to see what’s happening in both sides and how huge the difference between the content delivery to the consumer, between the idea of that my blog is for the world and that I’m so indulged in the fashion and bloggers cyber world, and the Middle East fashion world that I only knew the worst of from the social media when I tried to market myself there back then and I couldn’t, because it was never appealing to my vision, and how the magazine really opened my eyes to see other sides, especially designers that I never knew existed before, maybe very few had shined the light on these young designers but that shine never even reached me, one that is living and from the same region. Talking social marketing and how to breakthrough the Real Fashion World. Hard as hell/ My Life.

I’m always fascinated about the other side of the world, the real/fake very well-known cyber fashion side, the paradoxes in this life that I live for, and how I want to let’s say… live in Paris not just because I’m a dreamy person and Je ne regrette rien song will be played at the background all the time hell no, it’s just I’ve always imagined myself to be on the streets down there, you know when you feel like Whole You, nothing missing, I still feel not wholly me in my city, even if it’s home, I don’t know if that’s because of the people around you or the place or the lake of the creativity that I don’t even chase to find to be around anymore but I guess all are playing a role parts in my life and how I want my lifestyle to be.

Although there’s creative people I started to acknowledge now, there’s the very bad part I try to be as far as possible from, like how I say it… -not-my-style-when-it-comes-to-doing-fashion- and now finding myself working for one of the biggest magazines in the region, you sometimes don’t really have the choice, I mean don’t except to work in the fashion world and don’t meet/ do what you fear the most, it’s always gonna be there till it catch you and now you officially have the real pros and cons of work! (I thought my work cons was just codes and html, poor ignorant, hilarious me, that’s just the sprinkles of the cons cone mama!!).

What I fear is the fashion that I never wanted to be in touch with the last five years of blogging, the straight fashion forward language that I really don’t believe in, the style that I don’t know if I can categorize as a style or just shooting some big houses on two shoulders and call yourself a fashionista (hate this word damn it) ouch I’m mean… Or that you have to mingle in many events with people who you really don’t want to mingle with, ohh don’t make me start on that.

Still, the pros truly wasn’t like what I excepted, the editor-in-chief is iconic and I don’t know what she saw in me to hire me right away but she saw something (I guess my Parisian side just kicked out in this interview! I was so calmly chic! hehehhe LOL. Seriously, that’s just another story)

I think when I decided the name of my blog, it was about the good paradoxes that clashes all with each other and make something extraordinary, the style and fashion combined together with the bad ass unrelative attitude that paradox the whole equation, but I guess it’s more than that now, the bad and the good side of the whole lifestyle that I’m living now and the one that I want to create, deliver and live by.