This Is What Happened to Our Exes Gifts 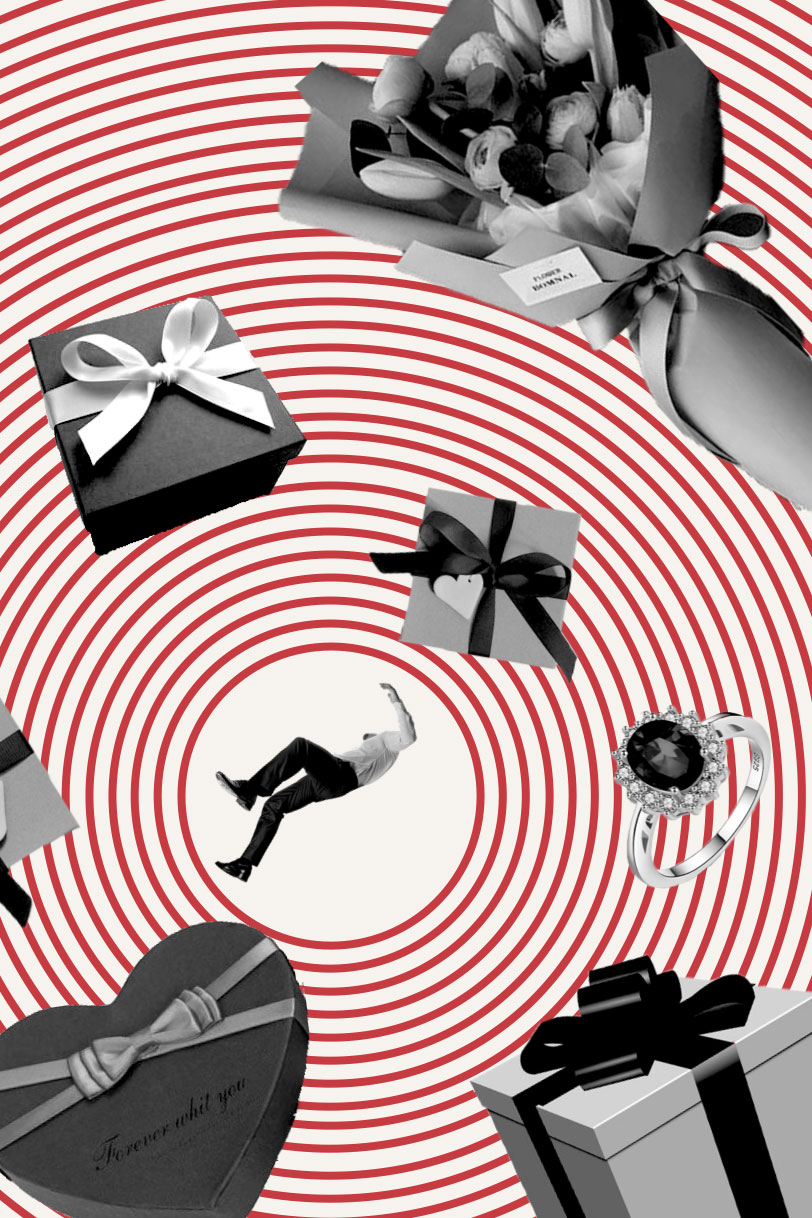 What started this conversation is an illustration post on Instagram. The post displayed a cute couple, the man was giving the girl flowers, she thanked him, but didn’t take them as she was afraid that her parents will see it as it is not accepted in their culture. It was so funny and partly relatable. Not because of the cultural boundaries—which is partly present in our Egyptian culture I’m not gonna lie—but because it reminded me of all the exes’ gifts, what was their destiny! I asked, and you shared your stories. So let’s see what different people (mainly me and my sister Mehitab) did with their gifts in different situations, and different ages or stages of their lives.

I remember getting a lot of gifts that year from, well, I can’t say exes, but I will say some guys who had a crush on me. I accepted all of those gifts because they were friends and it was my birthday. They ended up in the pin may be 6 months later. Don’t get me wrong, I’m not a cold-hearted bitch. But honestly, I was doing a little decluttering and as Marie Kondo would ask “Does it spark joy?” and I didn’t feel that cheap glasses and necklaces did!

Passant 16, freshman at college *smart family*, Fresh as a strawberry

I welcomed any gifts that were thrown in my lap— not cute guys are excluded from the rule—I was playing it likewise know it all girl, even my appearance at the time was not indicating such a thing, I was a baby! Honestly, I was a shy girl on the inside, most of the time I didn’t open the gift in front of the giver. I remember a gift that I opened in the bathroom, not because I was excited, but the guy insisted to open the gift, so I did in the bathroom! Yes… Seconds before seeing what’s inside, I expected it to be shit from the wrapping. It revealed some makeup products from YSL. Keep in mind this was 2006 when the only makeup products that I could afford was from Maybelline or Rimmel— apart from some stolen YSL foundation from my mom—I used the mascara to the last bit, so that gift lasted longer than the relationship.

Mehitab 17, the second year of college, A little older, and a lot wiser I might add

I started to declutter my social circle as I decluttered my closet. So I started declining gifts especially apology gifts. I mean, if you know that the thing you did or said will necessitate you to spend money to get me to address you again, maybe, just maybe, you shouldn’t have acted like a dick in the first place. Just saying. And this rule involving not accepting apology gifts extended to include all the other occasions.

Passant 18, 3rd year of college, knowing some stuff, acting more like know it all

I remember sitting with my family in a weekend and we had our aunt over for stuffed grapes. After finishing our meal, she craved something sweet. And I don’t know what happened, maybe the cosmos heard us. Suddenly, the door rang and a random guy disguised as a Macdonald’s delivery guy popped out with an ice-cream cake. I asked myself the same question, Is MacDonalds expanded its business, but it was a friend of the guy acted like a MacDonald delivery or something like that. We first thought that he got the wrong address but no! It was my name on it, and of course, as you might expect, I turned it down and my aunt had to settle for a fruit juice my mom made for her. They wanted the cake so bad.

Mehitab 24, Internship year, What is life?

Oh, a little grey hair just pooped out, fast forward 6 years, overwhelmed by all the insistence, I reluctantly with a sheepish grin accepted a birthday gift.

It was a gold DKNY watch, I didn’t like it. I only wore it once, and you may ask, but Mehitab! was it a real DKNY or just a cheap knockoff? well, you can ask our lovely door man’s daughter cause I gave it to her as an engagement gift.

I remember this gift clearly, but I just don’t remember the guy. He gave me flowers as an apologetic gift. I guess he was shocked when I accepted the apology, but threw the flowers with all ease in my car’s truck. Sincerely, I love flowers, but I don’t have to like you right now, or your flowers.

Passant nowadays, I don’t know shit. But practicality is my middle name

Now that everyone knows my “interest in fashion” they think that I would be thrilled with some clothes or jewels pieces. But they don’t comprehend my style approach— even if they know that I post most of the stuff that I like here!— so many printed t-shirts ended up as pajamas, gifted, or in the huge piles of clothes my mom give to charity.
I guess as relationships come and go, the sentimental value of a gift is remarkably reduced that you don’t even remember who gave you what and when.
What I don’t like the most is when someone tries to gift you something as an indicator of the next level of your relationship with him. If he is a colleague, then he thinks he will level up and become a work friend. If he is a work friend, then he will want to be a close friend, and so on. At this time of my life, any gift will have a question mark on it, why am I getting this gift, and what is the obscure action do you expect in return?

It doesn’t depend on the guy for me. It solely depends on the gift itself. So if it is useful like Beats headphones or a tennis racket I will keep it. Because to be honest, I invested a lot in this relationship and I like my investment to be materialized. But if it something that’s totally not useful like a teddy bear *who still give those!* It belongs to its rightful owners, the children’s charities.

I got engaged to a guy and when you get engaged in our country *Egypt* you don’t get only a ring but a set of full gold *SHABKA* Necklace, earrings, bracelets and a ring. So when you break up some girls give it back, and others can keep it. I wasn’t given the privilege to choose what to do with my Shabka, because shortly after I broke off the engagement, and by shortly I mean in the span of 2 or 3 hours, his family came to claim it. I know it can be shocking to some of you, but honestly, it is very common.

I kept my engagement gift *SHABKA* because he broke it off. I was happy to go on with the engagement and to be happily married to you. Just because you changed your mind, or because you are a mama’s boy, I have to give it back to you! Gifts, in this case, is non-refundable.

And now what about you? what did you do with your exes gifts? did you keep it for the nostalgia and every now and then look at it with misty eyes, or you have a more practical approach?

Next
Unclog Pores for Better Everything