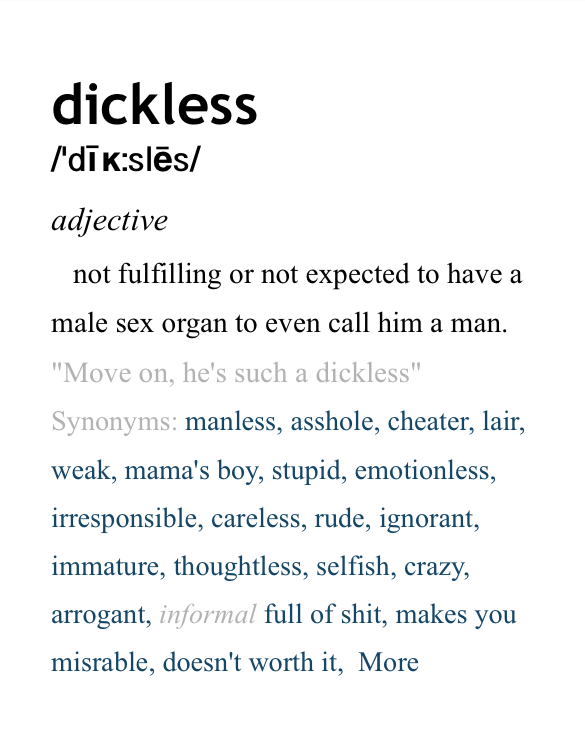 I posted this image 2 days ago on my Instagram page, which actually lot of people (including my own sister) thought that I took it from Google wiki dictionary, when in fact I did the whole damn thing! I think it came from deep inside, 24 years of bullshit maybe…

The whole thing came by accident when me and my friend was talking about some douche bag she was dating, and she was so furious about how shitty he is, so she ended her words with: Uhh he’s such a dick… and I responded: he’s “dickless.” Because really if you thought about it for a moment, my word vs. hers, her words can describe a powerful man for me —if you added big and has, you know what I mean, ahahahha, but dickless just stripes them from all the things that could describe their manhood, that’s what i think really, I officially added this word to my dictionary, it’s one word with tones of meanings for me, and indeed, it hurts.

So are you with me in this, AAND do you have any other words you reinvented about men that happened to be dip shits that I can add to my dictionary? I’m sure you have tons of it! we all do.

Plus there has to be a women’s wiki book, don’t you think!? I believe it’ll be the most huge/large book on earth.

Still, men will never gonna get.