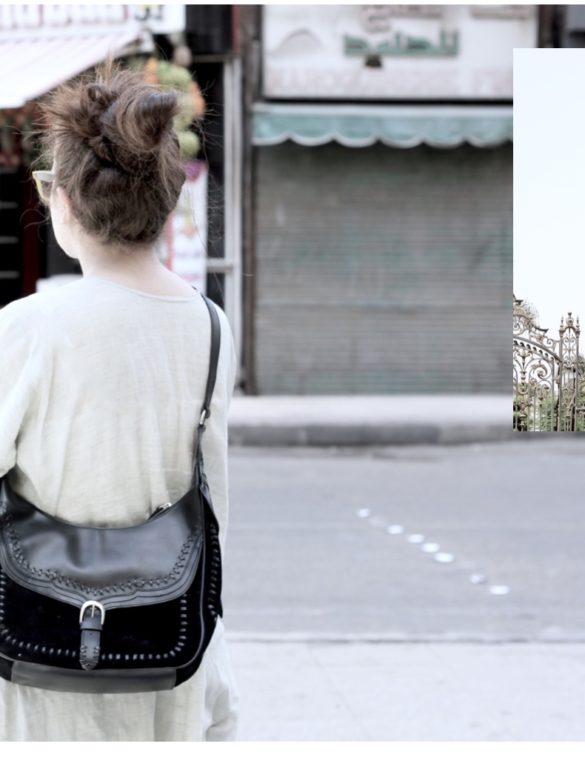 Home
LifeStyle
Since my new resolution—everything is connected and I have to discover my city more to become more close to my identity— I get down to the streets at the weekend more, discover more and eat even… well more!

Last weekend I woke up very early with the help of my sister to go to the downtown of Cairo, it’s rich with old architecture that was built by a french chic gang at the late 19th century, commissioned by Khedive Ismail that imagined the urban planning of the city as a part of Paris —that what they were telling us on school or by Wikipedia— however I see it as the chic city that has a tinge of Paris architecture and the feel of old Cairo, both combined beautifully before people wake up and start to be that hectic neighborhood that’s harder for me to feel the all details of such beauty.

For that wandering I wanted to wear tee with jeans but after several times of failure to feel me, I took my strongest weapons and wore it all at once, the Pakistani light kaftan that I stole from mom when I discover it, pair it with one statement urban earning, hair that I forget it’s here, and the perfect bag to hold my camera for a gypsy breeze, pair it with my never-take-it-off cropped jeans and black flats because seriously, it doesn’t matter what to pair with such a kaftan, or does it? 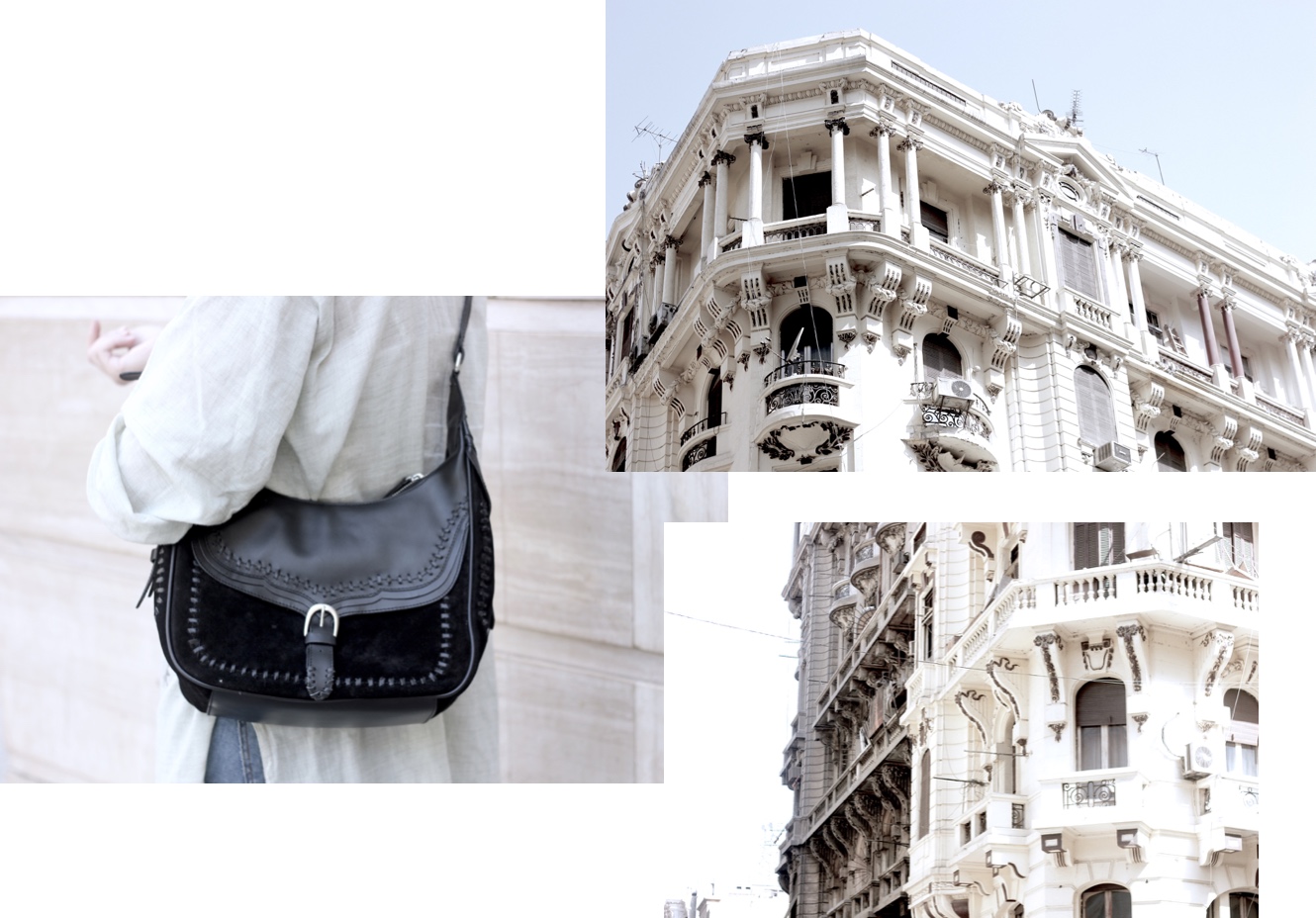 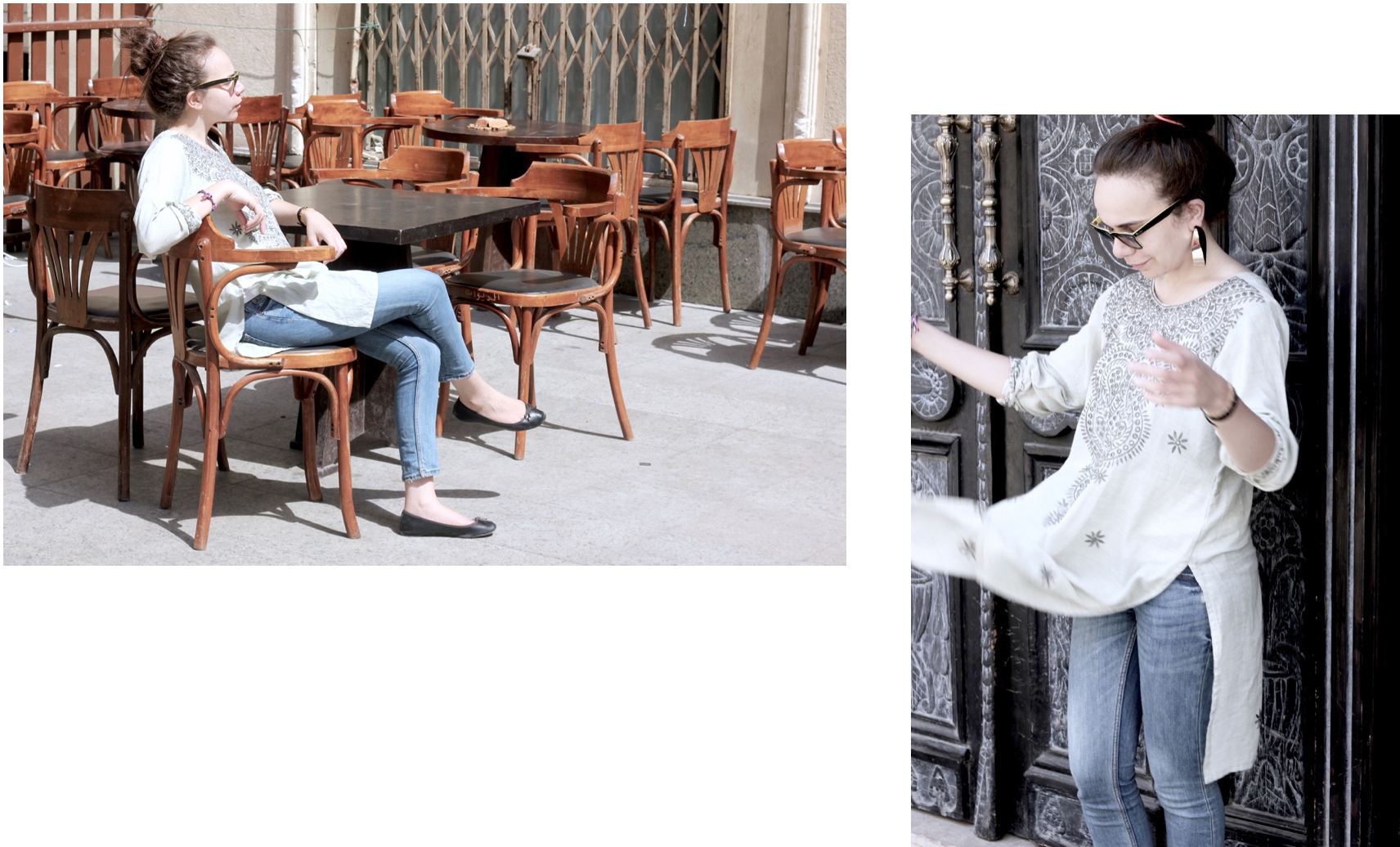 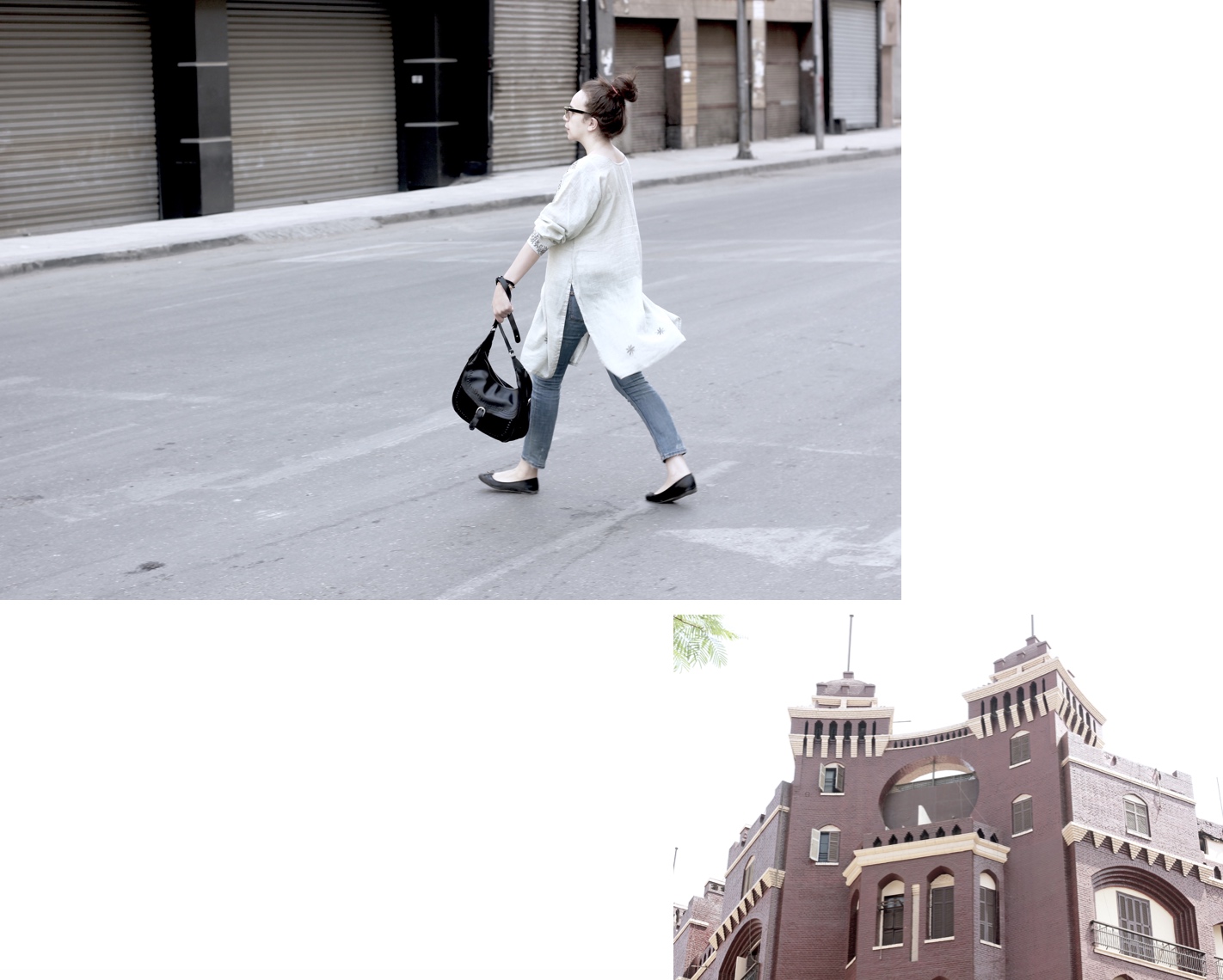 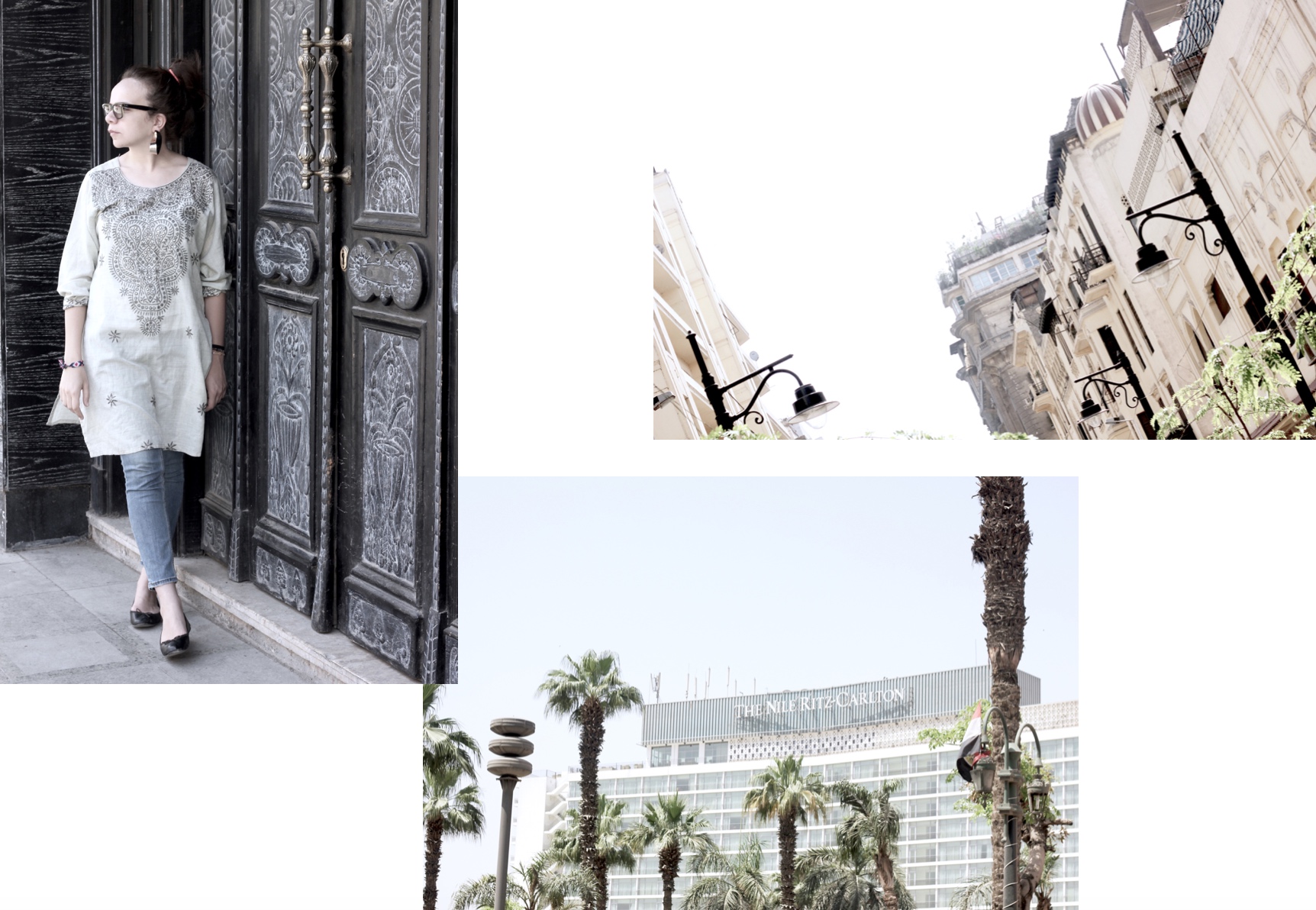 Previous
What I Want to Wear At The Moment

Next
The Perfect Bag